November 11, 2020, 1PM Update – Tropical Storm Eta is now Hurricane Eta and heading toward the Tampa Bay area and north with an expected landfall tomorrow morning perhaps as a tropical storm.  From there, it will weaken to a tropical depression (meaning winds of less than 39 mph) and move across north-central Florida, arriving in the Jacksonville area tomorrow night and into the open Atlantic Ocean.  But this has been a difficult storm to forecast in the past few days so expect the unexpected.  At this point, forecasters say this will be a storm surge and to some degree a rainfall event, rather than a wind event.

We are seeing storm effects in the tropical storm warning area right now (in blue below), especially from Fort Myers north to Bradenton.  Lee County authorities report some road flooding on Sanibel Island; Charlotte County to the north reports some minor coastal flooding.  These are forecast to continue through tonight. 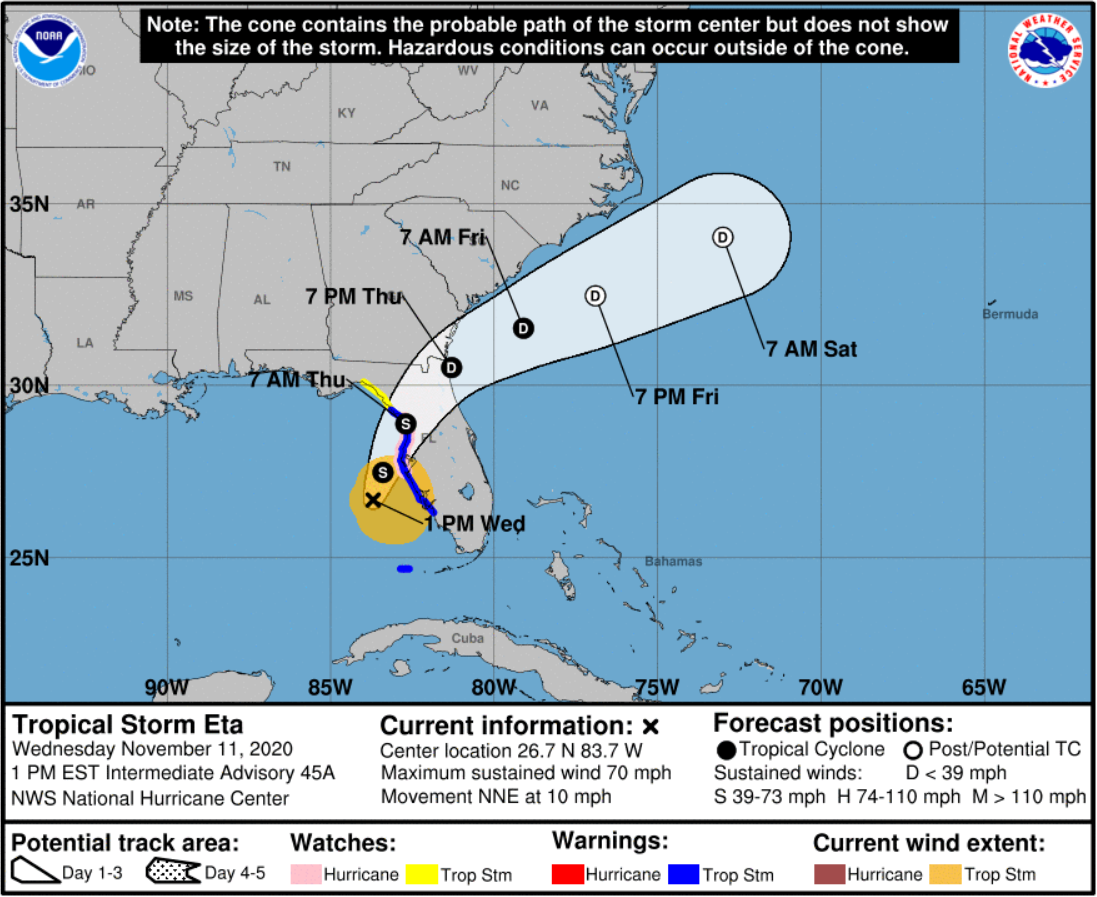 At the 1pm update, Eta was located 150 miles west-southwest of Charlotte County and moving north-northeastward at 10 mph.  National Hurricane Center forecasters say they have a bit more confidence in the forecast now, which has Eta moving onshore at or just north of Tampa Bay tomorrow morning, then crossing the state.  They are forecasting winds of 70 mph at landfall, which would make Eta just less than the 74 mph required of a hurricane.

It’s been raining along most of the western half of Florida since last night.  Forecasters expect an additional 2-4” of rain with total amounts of 6”; and in South Florida another 1-2” of rain, bringing rainfall totals to 20” in some places.  The highest risk of flash flooding today is from the Tampa Bay area south through Charlotte County.

There is a Storm Surge Warning in effect from Bonita Springs (Lee County) north to the Suwanee River (Dixie County), including Tampa Bay and Charlotte Harbor.  NOAA reconnaissance aircraft found a large wind field east of Eta’s center.  It’s the size of the wind and not as much the intensity to pay attention to, forecasters say.  The wind field will push a broad swath of water of 2-4 feet with potential 3-5 feet pockets in some low-lying areas.  They say this does not appear to be a large scale evacuation situation but rather simply advising residents to move their cars off the street.  Spot evacuations in low lying areas prone to flooding may be appropriate. 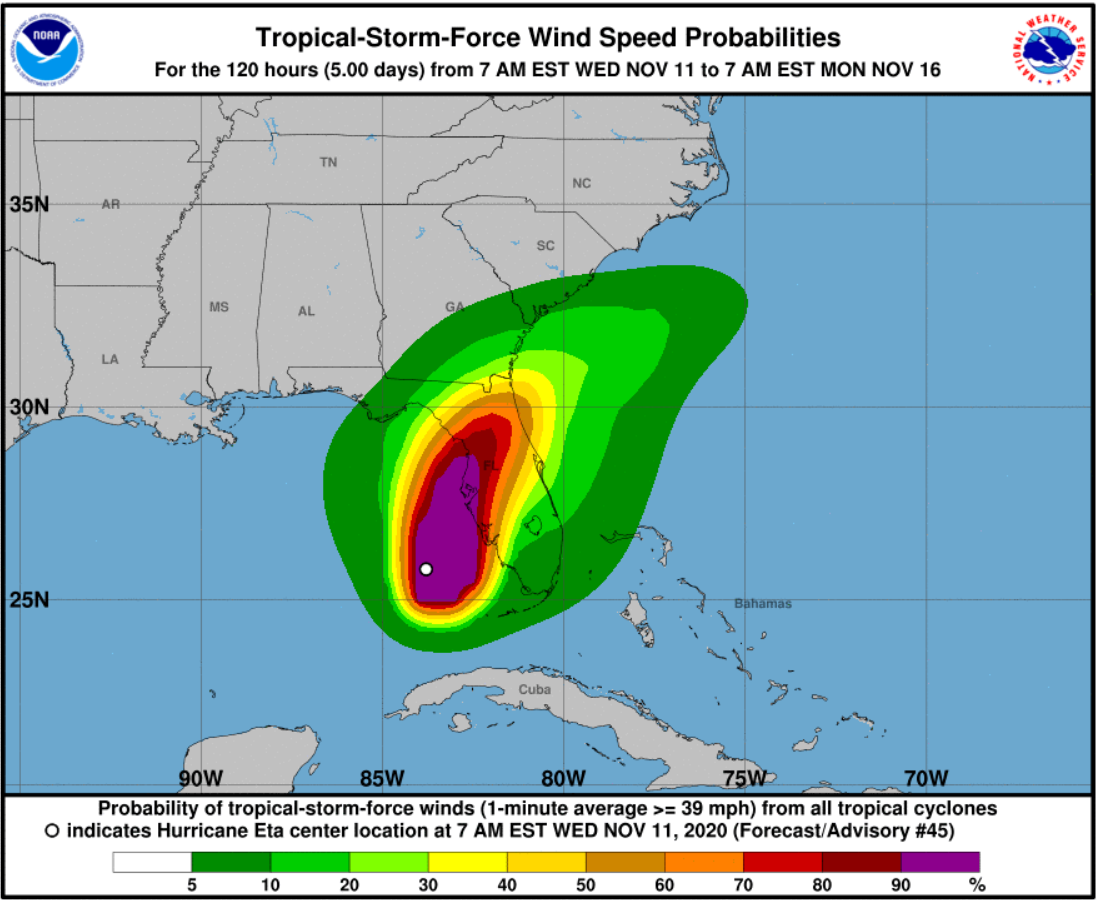 Governor DeSantis this morning signed an updated Executive Order extending the Emergency Declaration he signed this past week to 13 additional counties along Florida’s west coast and a few inland counties.  He also sent a letter to the President asking for federal emergency assistance funding.

Click here for the full National Hurricane Center briefing with maps.   You can also review our past Hurricane Updates and click here to subscribe to future Updates.

Please know that we at Lisa Miller & Associates are here 24/7 for you…don’t forget it.  It may sound trite but we are all in this together, my friends and colleagues.  Please prepare and be aware!