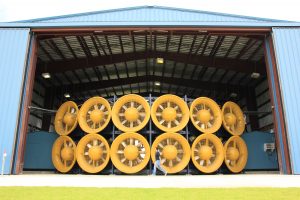 Florida’s “Wall of Wind” (WOW) is about to go on steroids!  Florida International University’s Extreme Events Institute was just awarded a $12.8 million grant from the National Science Foundation for the design of a full-scale testing facility capable of producing winds of 200 mph.  Plus, a first-time ever water basin that will simulate storm surge and wave action kicked-up by extreme hurricane-force winds.

Those of us who’ve visited the WOW in Miami have experienced the awe of the sheer wind power that the current 12 engines of WOW create: up to 160 mph, equivalent to a minimal Category 5 hurricane.  But with tropical cyclones getting stronger, moving slower, and holding more water than ever before – all recipes for greater destruction – we need to give our climate scientists more powerful research tools to help “future-proof” our structures and infrastructures.  One of the mottos on WOW’s website is “Either we reduce risk, or risk will reduce us.”  It’s with that in mind that FIU scientists are looking forward to this project, the first of its kind in the world to combine wind speeds of greater magnitude along with a water component.  You can read more in this FIU news release. 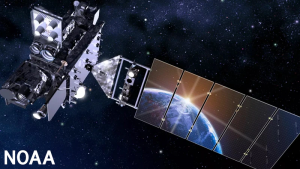 In the more immediate future, we’re T-minus 15 days away from the launch of a new advanced weather satellite to help better predict the potential strength and track of hurricanes along with other phenomenon.  NOAA and NASA will be launching the GOES-T satellite from Cape Canaveral on March 1.  The satellite is about the size of a school bus and the third of four such satellites being launched at a project cost of $11.7 billion.

“The value is returned to us public in benefits provided,” said project director Pam Sullivan in a release.  “The observations of these satellites is even more critical now that the U.S. is experiencing a record number of billion dollar disasters.”  Last year’s Atlantic hurricane season saw 21 named tropical systems, the third highest number behind 2020’s 30 named storms and 2005’s season of 27 named storms.  Remember, hurricane season is now less than 4 months away!