Latest from the rate hearings 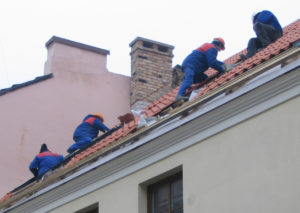 Retiree John Hunter sent a letter to his insurance company last week describing what many call the “roofer hustle.”  Here are excerpts of his letter.  “Back in January a Villager that I know, was aware that his roof was 20 years old and decided that it was time to replace it.  He got bids from half a dozen roofing companies and wound up paying $8,900 for his new roof.  Another Villager who lives nearby, in a similar size house, had a roof that was also 20 years old and needed replacing, however he decided to have his roof inspected and asked his insurance company to pay for it.  Even though his house is the same size, his roof cost $15,000.”

Does this consumer’s letter sound familiar to our readers?  Let us know what your experiences are and we will publish those as well!

In the meantime, in the span of 7 days, two rate hearings occurred at the Florida Office of Insurance Regulation with rate increase requests between 28% and 47%.  I testified at one of them, describing yet another case where an 80 year old man has been conned into signing paperwork that locked him into a lawsuit, and worse, left him powerless to stop the roofer insanity.

I closed, saying in part, “The red ink all over the financials of these insurance companies is dire.  Because in 12 months, we’ll have a million policies in Citizens Insurance.  The best our regulators are, you cannot save the insurance companies’ financials from the crooks that are stealing the money.”  You can watch my full 4 minutes addressing regulators here.  Please let us know if you want to weigh in on these debates!

We’ve chronicled in the past few newsletters the other factors involved in pushing homeowners insurance rates up.  Jay Neal of the Federal Association for Insurance Reform summarized them well in this opinion piece appearing last week in the South Florida Sun-Sentinel: Florida homeowners pay nation’s highest insurance rates. Lawmakers can reduce them with reforms.  Jay drives home the point that “the average Florida policyholder will pay about $500 more per year to insure their homes — an average 25% rate increase on the median $2000 a year policy.”

Insurance consultant Scott Johnson in his blog last week, TURMOIL… again? provided an insightful connection of the dots on why some companies have held back on raising rates and are now doing so now and in such a big way, to presumably let policyholders just go to their agents to be sent to Citizens Property Insurance, the state’s insurer of last resort.  Scott’s blog is one we recommend subscribing to.