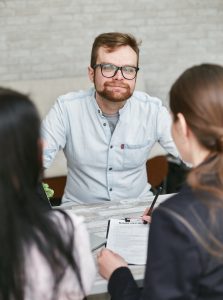 Another factor contributing to Florida’s out-of-sync homeowners insurance market is the practice by some public adjusters to also serve as a disinterested appraiser in a property damage claims dispute.  We reported last year on an appeals case that created confusion and a request that the Florida Supreme Court review and clarify – and the answer now from our highest state court has turned out to be no answer at all.

The Third District Court of Appeal (DCA) in April of 2020 sent a direct question to the Florida Supreme Court as “a matter of great importance.”  It was, “Can a fiduciary, such as a public adjuster or appraiser who is in a contractual agent-principal relationship with the insureds and who receives a contingency fee from the appraisal award, be a disinterested appraiser as a matter of law?”  The DCA noted a conflict within its own past rulings and with rulings from the neighboring Fourth and Fifth DCAs.

The Supreme Court agreed to review the matter, centered on the case of State Farm Florida. Ins. Co. v. Sanders.  The various parties submitted briefs as did third parties with friend of the court briefs and attorneys presented their oral arguments before a panel of six of the seven Supreme Court justices.  But now, a year later, the Court has unanimously decided not to decide the case.  It’s only explanation offered in doing so was “Having considered the Third District’s decision and the parties’ arguments, upon further review, we have decided to discharge jurisdiction. Accordingly, we hereby dismiss this matter.”

The mysterious lack of a stated reason for dismissal has various attorneys we’ve talked to speculating it may be the Court felt the case wasn’t in the correct procedural posture for it to opine or that perhaps the facts were different enough in this particular case that there was no direct conflict with other DCAs’ rulings.

But the result, my dear readers, is that every circuit court in Florida will continue to make different rulings and setting different case law.  Geez.  As insurance attorney and former regulator Jose Pagan observed in our last Florida Insurance Roundup podcast, that “some lines have been blurred” between those who act as both a contractor and public adjuster, so too have the lines between public adjusters serving as disinterested appraiser, in my opinion.  The cause, quoting Pagan, is the same.  “There have been so many different actions either taken by the courts or not taken by the regulating entities that have allowed questions to arise,” he said.  Clarification – either by the Florida Legislature or the Florida Supreme Court – is urgently needed here.