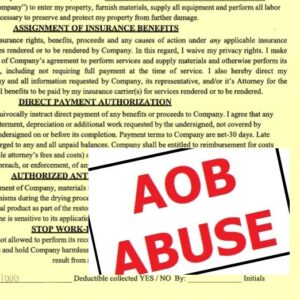 LMA had the privilege of hosting Jake Huxtable, a partner at Kelley Kronenberg’s West Palm Beach office, who was the successful litigator in a recent appellate decision involving Assignment of Benefits (AOB) contracts under the Florida Legislature’s 2019 AOB reform.  Jake addressed a webinar audience that included dozens of agents who were seeking guidance on how to help customers locked into an AOB contract and feeling helpless.

Huxtable represented United Property & Casualty Insurance in its denial of an AOB claim by the Kidwell Group of Winter Park, which does business as Air Quality Assessors, a mold inspection company.  The Fourth District Court of Appeal upheld a Palm Beach County trial decision in favor of United, finding that Kidwell didn’t provide the required executed agreement, including a written detailed estimate, until five days after the AOB was signed.  Key provisions of the 2019 reform under HB 7065 (codified as sections 627.7152(2)(a)1. and 627.7152(2)(a)4 of Florida Statutes) require an AOB agreement to “be in writing and executed by and between the assignor and the assignee.”  It also requires a “written, itemized, per-unit cost estimate of the services to be performed by the assignee.”  The courts ruled the AOB and all its parts, including the estimate, must be written and executed at the same time.  This reform targeted unscrupulous tactics by contractors. 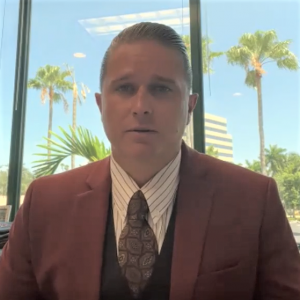 Jake Huxtable of Kelley Kronenberg on the webinar

“There have been thousands of assignments of benefits lawsuits that have been filed since the enactment of the statute,” Huxtable told our webinar audience.  “These AOB contracts do not contain this per-unit cost estimate that is signed and executed by the homeowner.  I’m hoping insurance carriers look at this binding-law Fourth DCA opinion and fight back, instead of throwing in the towel.”

Huxtable said most of the time, the homeowner will sign the AOB not realizing its being linked to a later estimate, with a big price increase, that’s then submitted to the insurance company.  He also reminded us that once a court dismisses the AOB as invalid, “The insurance carrier, just like in my case here, will be able to recover all of its attorney fees and costs that were incurred from the AOB contractor in the lawsuit.”  We congratulate Jake Huxtable on his victory and thank him and the Kelley Kronenberg team for a thoroughly enjoyable presentation which you can watch here.  This is a win for consumers!

This won’t be the last time we see the Kidwell Group or its owner Richie Kidwell in court, though.  As the President of the Restoration Association of Florida (RAF), he and others have taken the state to court over this and more recent insurance consumer protection reforms.  In late June, RAF and Apex Roofing & Reconstruction revised their partially dismissed 2021 federal lawsuit with a new filing challenging the constitutionality of both the 2021 and recent 2022 legislative reforms in court.  The 2022 reform (SB 2-D) requires roofing advertisements include disclaimers informing consumers they’re required to pay any deductibles and that it’s fraudulent to file insurance claims that include false or misleading information.  RAF’s revised lawsuit alleges the new law violates free-speech rights, unfairly targets roofers, and is “unduly burdensome.”  Stay tuned!