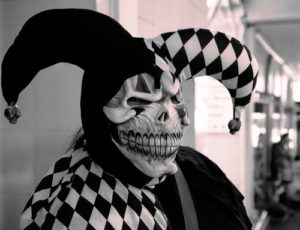 The American custom on the first of April is to plot and execute pranks, jovial and innocuous in nature, on friends and family who seem to have forgotten the coming of April Fools’ Day.  The best of us scheme, and there’s no doubt the jokes seem wittier than the reality would suggest in hindsight. Nevertheless, all maturity makes way for the child in us, poised to leave unwary acquaintances at the mercy of our shenanigans.

The tradition of pranking on April 1 has no concrete origin, though the most popular notion references our calendar transitions in the western world.

When the West first adopted the Julian calendar, the years of our lives started on March 25. Celebrations signaling the beginning of a New Year were held on April 1st because the twenty-fifth of March came amid the Holy Week.  The espousal of the Gregorian calendar in the 16th century shifted the New Year to the first of January.

The most generally accepted source of the origination of April Fools’ Day tells us that those citizens who might be deceived into trusting that the first of April was yet the appropriate day to revel in the New Year received the moniker of April Fool.  Peasants living in France took it upon themselves to suddenly and unexpectedly visit in with neighbors on this day in a calculated effort to bamboozle and trick the victims into believing they were being paid a New Year’s greeting.  From this lone jest apparently spawned the ritual of challenging the patience of unsuspecting friends.

This April Fool’s Day, consider indulging yourself in a bit of old fashioned tomfoolery.  The ensuing laughter may prove itself a small yet refreshing antidote to our politics and a chance to appreciate those in our lives that we hold dear.

Have a good week,