But lawsuit volume up 45%

We recently received some insight on how Florida’s newest property insurance consumer protections are working in the marketplace.  Part of the reforms that became law last spring from Senate Bill 76 (SB 76) require insurance companies get a 10-day notification and demand before a lawsuit is filed by first-parties, called Notices of Intent to Litigate (NOITL).  Carriers then have 10 days to respond in writing to the NOITL in order to resolve conflicts which lead to better insurance consumer outcomes and reduce costly litigation.

At the recent Citizens Property Insurance Corporation claims meeting, VP of Claims Litigation Elaina Paskalakis said, “At this time it is too early to realize the impact of SB 76 on litigation.”  However, there are some indications.  Of the 1,056 NOITLs Citizens has received since the law became effective July 1, more than 75% (838) originated from a claim denial.  The majority (97.4%) have had the initial claim denial upheld in the NOITL process (so 983 have been closed and 73 remain open). 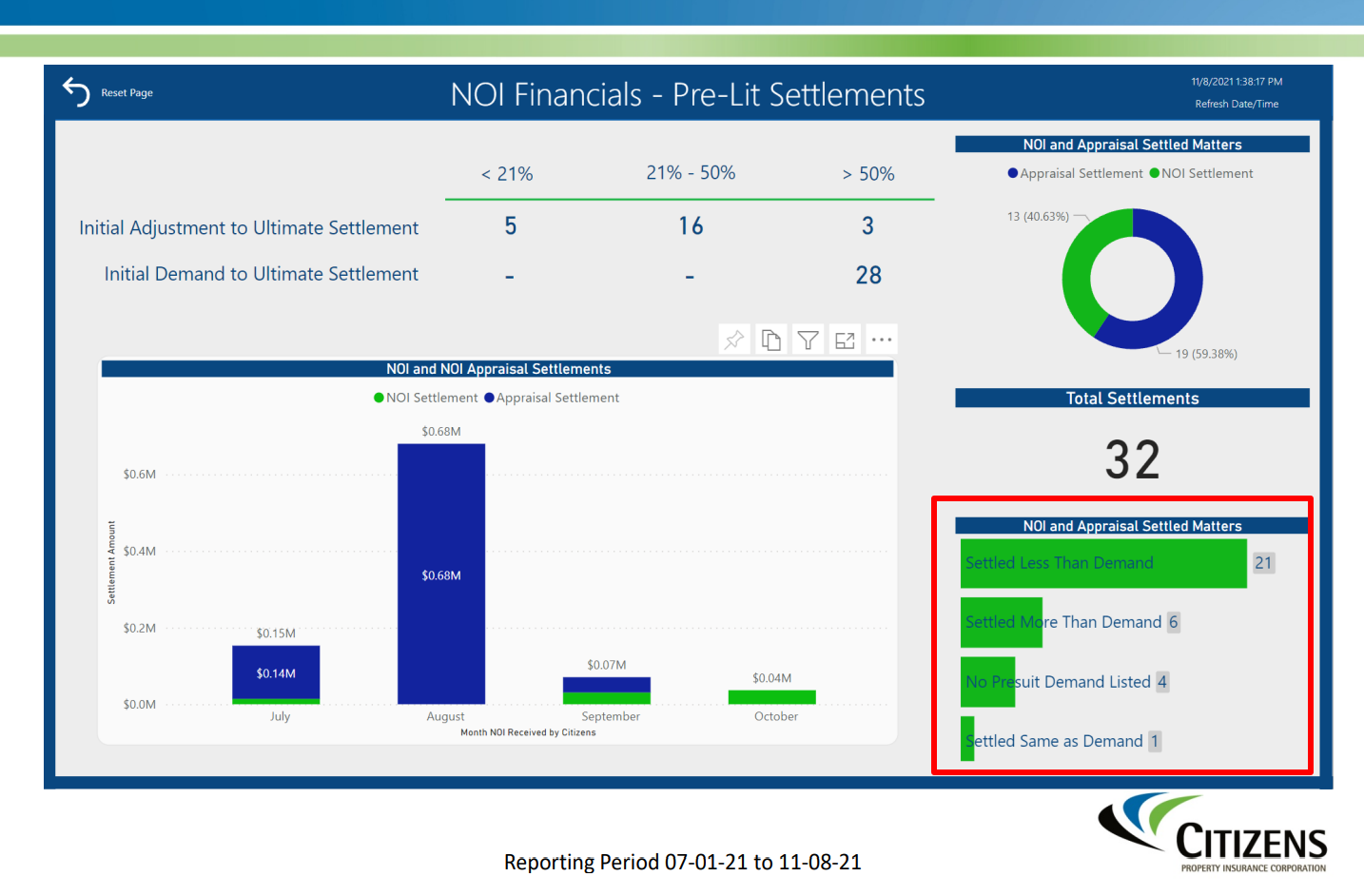 Meanwhile, Citizens’ litigated claims volume continues to exceed last year’s, averaging 878 lawsuits per month, which is a 45% increase over the same time last year.  However, 36% are not in dispute at FNOL but sue anyway, which is a 9% decrease since 2020, “part of a continuing trend we’re seeing of the claimant communicating with us before filing a suit, which is what should happen,” notes Paskalakis.  As for claims involving an Assignment of Benefits (AOB) contract between the contractor and the policyholder, they have “pretty much plateaued, with AOBs representing 28% of both new and pending lawsuits, consistent with same period last year,” notes Paskalakis, in the aftermath of the 2019 AOB Reform law.  But as we shared in the last LMA newsletter, those AOBs are increasingly being substituted by use of a “Direction to Pay” – a distinction without a difference!