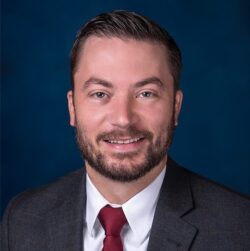 Just prior to this special session week, the Restoration Association of Florida (RAF) filed a lawsuit against Insurance Commissioner David Altmaier and two insurance companies over policy form changes that it says unjustly deny homeowners the right to enter into an Assignment of Benefits (AOB) contract and sue their insurance company.  It’s the result of relatively new and innovative ideas by the Office of Insurance Regulation and the industry to pick up where the legislature has failed in offering greater consumer choice and discouraging bad actors who are driving up insurance rates (see If You Can’t Legislate, Regulate! in our April 11 newsletter).

The lawsuit by RAF and Air Quality Assessors accuse Commissioner Altmaier of violating the constitutional separation of powers by approving policy changes that allegedly conflict with state law.  Also named in the suit are two insurance companies whose endorsements offer a premium reduction for a policyholder who would like to avoid costly and protracted litigation by using mediation and then arbitration.  Another provision limits payments to only contractors the company has requested or approved to perform work.

The lawsuit continually references an insurance “policy” when in fact, this is an endorsement to a policy that the consumer has the choice of accepting or not.  This suit, if successful, would actually eliminate consumer choice.

Many professional contractors realize reform is needed.  “Do Roofers Put Insurance Companies Out of Business in Florida?” is a video featuring roofer Dmitry Lipinskiy who has a YouTube channel “Roofing Insights.”  He takes a studied approach to the problem and at the end urges his own industry to better police itself, “otherwise it’s going to ruin it for everyone.”  Rather refreshing.

WFTS-TV ABC Action News in Tampa aired an extraordinary story recently on the lengths some roofers are going to in trying to make a buck at the expense of consumers and the insurance industry.  The story features a series of unsolicited text messages from a roofer to a homeowner, trying to arrange a dubious “free roof inspection” in order to create a questionable insurance claim for would-be storm damage.  It includes an interview with Robert Ritchie, CEO of American Integrity Insurance Company, on the costly consequences of these now common practices in Florida.  You can view similar stories on our ongoing TV Coverage & Videos of Florida’s Property Insurance Dilemma page.