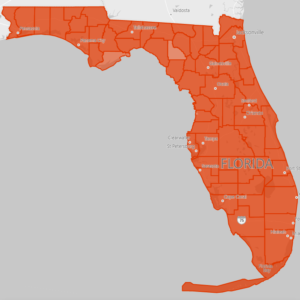 As a federal judicial panel now weighs whether to consolidate the thousands of lawsuits over denied business interruption insurance claims, insurance companies – including a prominent Florida one – are still balancing sound financial practices with responding to exceptional consumer needs during the coronavirus.  Meanwhile, Florida has taken a nearly $2 billion hit in state revenues from the pandemic, so far.

The federal Judicial Panel on Multidistrict Litigation held a videoconference last Thursday to hear from plaintiff lawyers seeking to consolidate the thousands of business interruption (BI) insurance claims disputes across the country into a single case.  They include more than 100 lawsuits currently filed in the U.S. District Court in Miami.  Their argument: all the cases share a central issue of whether the BI was caused by mandatory government closure order and whether any BI policy exclusions apply.   Ultimately, they argue, all policies boil down to the common requirement of “direct physical loss or damage.”

Defense lawyers argued that’s precisely the reason not to consolidate the cases into a single giant case.  “What property damage means is a legal issue,” one defense lawyer said on the call, and “what an insurance policy means and whether wording differences matter are legal questions that don’t justify (consolidation),” he noted.  The industry’s broader argument is that most BI policies don’t cover pandemics and forcing them to do so could undermine the financial solvency of the industry.  The panel hasn’t indicated when it will rule.

With a keen eye on financial solvency and after noting a drop-off in premium delinquencies to pre-pandemic levels, Citizens Property Insurance Corporation had announced it would resume cancelling or non-renewing policies beginning later this month for customers who haven’t paid their premiums.  The state-backed Citizens reversed that decision last week, after receiving tacit approval from the Department of Financial Services, which oversees insurance companies’ consumer services.  Citizens says the existing moratorium on cancellations and non-renewals will now be extended to the end of the year.  Other insurance companies have said they’re dealing with past due accounts on an individual basis, under guidance issued this spring by the Florida Office of Insurance Regulation. 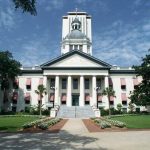 As insurance litigation and processes evolve, the broader economic impact the pandemic is having on Florida government revenue is becoming clearer.  Final figures for the fiscal year that ended June 30 show general revenue was down almost $1.9 billion from estimates.  Most of the shortfall was due to sales tax collections being down 6.1% below estimates, due to the pandemic.  Senate President Bill Galvano issued a memo last week outlining the various shortfalls which include corporate income tax revenue down by $86 million, documentary stamp taxes from real estate transactions down nearly $17 million, and insurance tax collections down $12.6 million.

Speaking of real estate – a big driver of Florida’s economy – Governor DeSantis has extended until September 1 the moratorium on foreclosures and evictions.  The state has also approved online testing for real estate license exams.  Meanwhile, Orange County voted last week to allow builders to defer paying impact fees and exempted the transportation impact fees for permit changes up to $100,000, all in an effort to encourage construction activity and job creation.