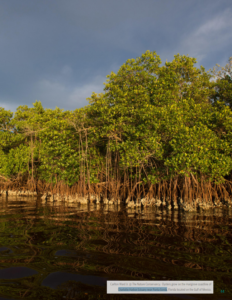 We know the value that insurance provides in protecting our property from wind, rain, and flood.  But a new report shows how insurance can protect one of Mother Nature’s own proven flood protectors: mangrove forests.  The idea is to let insurance pay for the cost to restore the mangroves after a storm strikes.

The report, Reducing Caribbean Risk: Opportunities for Cost-Effective Mangrove Restoration and Insurance  identified 1,860 miles of coastline in 20 states, territories and countries in the Caribbean region where post-storm mangrove restoration could be paid for more cost-effectively by insurance, which “would provide flood protection benefits that significantly outweigh the cost of rehabilitating the forest.”  The report was published by The Nature Conservancy and the University of California at Santa Cruz, with support by AXA XL, the property and casualty insurance company conglomerate. 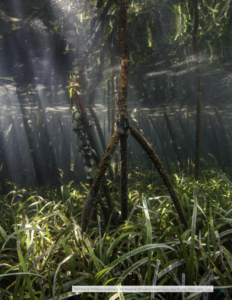 Globally, mangrove forests protect 15 million people from flooding and reduce flood damages by $65 billion every year, according to AXA XL.  The first 100 meters of mangroves are especially important, as they can lower wave height by up to 66%.  AXA XL says it’s developing insurance and finance products to protect coastal ecosystems, including mangrove forests.  The report suggests that a parametric insurance policy based on wind speed is most feasible and could be paired with a traditional indemnity policy to cover both short-term and longer-term restoration actions.  “The funding source and beneficiaries of the program, whether public or private bodies, will significantly influence how a mangrove insurance scheme is structured,” it notes.

In Florida, native mangroves play an important role in protecting our coastlines.  We’ve reported recently on other research that shows that mangroves reduced peak storm surge height by as much as three inches per half mile during hurricanes Charlie and Wilma, which can add up over the space and distance of the surge. 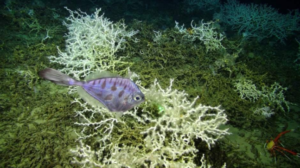 A thorny tinselfish and a squat lobster visit a dense grouping of Lophelia pertusa deep-sea coral at 1,627 feet deep along the West Florida Slope. Courtesy, NOAA

Speaking of protection, the National Oceanic and Atmospheric Administration (NOAA) has approved some long-awaited protections for about 500 miles of deep sea coral sites in the Gulf of Mexico.  New rules prohibit the use of fishing gear such as trawls, traps, longlines, and anchors.  The rules are designed to preserve ecosystems that provide food, shelter, and breeding grounds for the very sea life pursued by commercial and residential fishermen.  The project is funded from the $20 billion BP Oil Settlement from its 2010 Deepwater Horizon oil rig explosion and oil spill in the Gulf.  You can read more here.