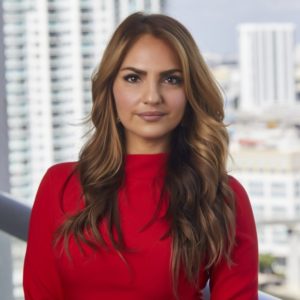 First, the Court noted that the statutory change could not be applied retroactively; however, the application of the statute was not to the date the AOB was executed or to the date the lawsuit was filed, but rather to the date the insurance policy was issued.  In this case, the policy was issued before the effective date of the change.  Because the  policy at issue in this case was issued before the effective date of the statutory change set forth in Fla. Stat. § 627.7152(10), the insurance company’s motion to strike the contractor’s claim for attorney’s fees under Fla Stat. § 627.428 was denied.  The insurance company in this case did not file a Reply to CMR’s Response and Memorandum, and the Court reiterated this in its holding but it is unclear whether that affected the final decision.

The Governor signed the bill limiting attorney’s fees under Fla. Stat. § 627.7152(10) as one of the main components of the legislature’s AOB reform package.  It was signed into law on May 24, 2019, was signed in an unusually compressed timeframe (within two days after the Governor received the bill) and took effect immediately upon signature.  The court ruling failed to note or comment on the language of HB 337, which to those involved in the legislature, cite the apparent intent that the law take effect before July 1, 2019.  Moreover, it is unclear how a contractor’s rights to recover attorney’s fees has any relationship with the date of issuance of the policy.  The AOB vendor’s rights do not exist until the assignment is executed, and that has no bearing on the effective policy date.

Finally, the AOB vendor still retains its rights to seek attorney’s fees under Fla. Stat. 627.7152, but simply under a separate statute, with separate notice requirements.  It is unclear whether Hartford will appeal this ruling.  This decision is not binding on State Courts and is only persuasive authority.

Again, it should be stressed that HB 337 was an emergency initiative taken by the State of Florida, with the combined effort of the Governor and the Legislature, for the specific purpose of restricting attorney’s fees for assignment of benefits.  HB 337 was Florida’s legislative vow and resolve to ensure that the attorney fee portion of 627.7152 became effective as of May 24, 2019, as opposed to July 1, 2019 and applicable to all suits filed on or after its effective date.  This legislation was intended to put an end to the AOB abuse, and the idea that it only applies to policies in effect from July 1, 2019 forward essentially allows the abuse to continue for the next five years.