But 27 months too long 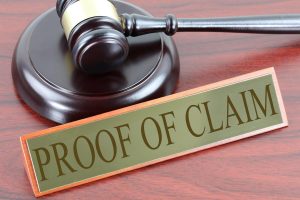 It usually raises suspicion when a homeowner doesn’t respond to requests for an affidavit or other certified evidentiary information in the course of handling an insurance claim.  And in the case of insurance companies, they want the documentation to a) get their customer what they need to expedite the claim’s resolution and b) ensure timely reporting to reduce further damage.

We’re learning that just because a policyholder is uncooperative or slow to respond to providing documentation, doesn’t necessarily mean an insurance company is prejudiced and can deny the claim outright.  That’s the conclusion reached by Florida’s Fourth District Court of Appeal in a case involving a homeowner’s water damage claim to its insurance company.

The policyholder had suffered the damage in March 2016 and used a public adjuster to file the claim a month later.  Their insurance company, University Property and Casualty Insurance, asked for a sworn proof-of-loss statement, then sent its own adjuster to inspect the damages.  Despite numerous requests over the following months, the couple nor their adjuster provided the statement, so Universal denied the claim that July.  Late the next month, the public adjuster submitted the statement.  Universal, while acknowledging receipt, replied that it “neither accept[ed] nor reject[ed] said proof of loss at this time, pending additional investigation, review of line item estimates, and or review of additional documentation.”

When the couple filed a lawsuit in October of 2017, Universal argued that Florida statutes require insurance companies to accept or deny a claim within 90 days of filing.  It said the policyholder failed to satisfy all conditions required, including providing the sworn proof of loss.  A Broward County Circuit Court agreed and granted Universal a summary judgment.

The Fourth DCA reversed the decision and remanded the case back to circuit court.  In its ruling, the appeals court said that the law doesn’t demand action on a claim if the failure to pay is caused by actions beyond an insurance company’s control.  “That an insurer is required to pay or deny a claim in accordance with the statutory terms does not necessarily show that an insurer is prejudiced when the insured does not cooperate,” the ruling stated.  And even so, state statutes allow for claims to be reopened.  “Thus, the initial denial may not be the last word on coverage or payment.”

Another recent case, this one in the U.S. District Court for the Southern District of Florida, found that waiting 27 months to file an insurance claim is too long and violates the “prompt notice” requirement of the policy.  The court granted summary judgment in favor of Scottsdale Insurance Company, finding it was prejudiced in an all-risk commercial policy claim it denied that was filed 27 months after Hurricane Irma.