We expect to get more information later today about those 17 or so letters that Demotech sent to Florida property insurance writers warning they may lose their “A” rating as soon as tomorrow.  The letters reflect a weakening in their long-term financial stability brought about by the chaos in Florida’s homeowners insurance market.  The 17 companies weren’t publicly named, but drew an unusually quick and even more unusually public response from insurance and financial regulators. 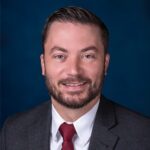 In a letter to Demotech President Joe Petrelli last Thursday, Florida Insurance Commissioner David Altmaier questioned the rating firm’s methodology and “noted several discrepancies between these recent decisions and the rating methodology posted on Demotech’s website.” Altmaier wrote that he’s heard from several companies that Demotech is unwilling to consider additional information and further capital infusions that could positively affect a rating.  Altmaier asked Petrelli for additional explanations by today.

Ratings downgrades from an A (Exceptional) to “S” (Substantial) or “M” (Moderate) could jeopardize thousands of Florida homeowners whose mortgages are federally-backed by Fannie Mae and Freddie Mac, which require borrowers maintain insurance coverage from A-rated carriers.  CFO Jimmy Patronis sent a letter to Fannie and Freddie officials and the head of the Federal Housing Finance Agency asking them to hold tight and not require more expensive force-placed coverage. 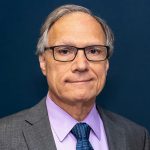 Petrelli told the Insurance Journal that state officials misinterpreted the rating firm’s action, saying “The OIR letter, the CFO’s letter and the FAIA press release are all inaccurate,” with more information forthcoming this week.  We understand that Demotech has since received additional information from some of these companies and is further evaluating their FSR, per its existing protocols.

There are alternative rating agencies that would be acceptable to Fannie/Freddie.  Also, in talking to reinsurers, there is a mechanism to provide a “pass through” that would satisfy Fannie/Freddie requirements.  This allows the reinsurance to pass through the company to the policyholder with coverage eligibility to the same extent as if the policyholder had a direct account relationship with the reinsurer.  There is also talk about creating a way that the state of Florida could provide a similar “pass through.” 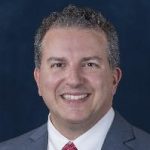 While past experience has shown that ratings withdrawals usually lead to insurance company insolvencies by state regulators, the CFO’s letter said all the companies involved “were able to obtain reinsurance and are not presently “impaired” or “insolvent.”  Four property insurance companies have been declared insolvent since late February (of seven since 2019), and at least a dozen other companies have discontinued writing, with most of  those policies going to the state-backed Citizens Property Insurance Corporation for coverage (see Florida Market “75% Shut Down” later in this newsletter).

Everyone in the industry agreed this very thing could happen for at least the past four years.  This year, required reinsurance deals were late and hard to completely fulfill and Petrelli in a May 28 published report said it “could be an unmitigated disaster” if many more companies fail to complete their reinsurance buys, as they will lose their rating and be forced by regulators to run-off policies or face insolvency.  It follows two letters he wrote to the Governor and legislative leaders this spring warning of the same.  So it appears that this is exactly what has happened.  Look for this to be Topic 1 at this week’s annual Florida Insurance Council Summer Symposium in Orlando.