Feds on the hook for Harvey; Florida has another pot of money 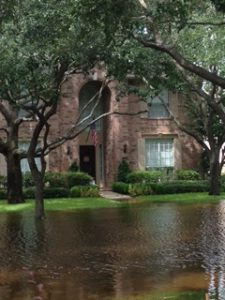 A federal judge has ruled that the U.S. Army Corps of Engineers is responsible for dam failures that led to the flooding of thousands of homes and businesses in Houston, Texas during 2017’s Hurricane Harvey.  The potential impact of that decision, plus a new pot of federal money in Florida to help communities build resiliency to future catastrophes through expanded mitigation programs.  It’s all in this week’s Disaster Management Digest.

Harvey Flooding:  Hurricane Harvey killed 68 people and caused $125 billion in damages in Texas.    Around the U.S. Army Corps-run Addicks and Barker Reservoirs in Houston, more than 100,000 properties flooded.  The Corps released water during the Cat-4 hurricane out of fear the reservoirs would overfill and fail.

Now a U.S. Court of Federal Claims in Washington D.C. has ruled the Crops was liable for failing to properly maintain two dams that hold back water.   Hundreds of lawsuits were filed with estimated damages of $1 billion, making it one of the largest claims ever filed against the federal government.

Not only did downstream properties flood, but upstream ones as well, and a class action lawsuit by those landowners is now expected.  The Corps, which argued the 60+ inches of rain was an Act of God, is expected to appeal.

We see various fallout from this ruling, given that the maximum NFIP residential payout is $250,000.  If this ruling stands, it seems excess flood insurance companies could subrogate a claim to the feds.  Also, FEMA could lay out a claim against the Army Corps to help in its payouts.  This is indeed precedent-setting and should be a clarion call for the Corps and Congress that funds it, to provide the resources necessary to improve vulnerable dams across the country. This is yet another part of our national infrastructure problem. 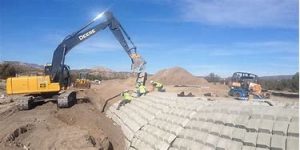 Mitigation efforts in building a berm against flood waters

Another Pot of Money:  The U.S. Department of Housing and Urban Development (HUD) has announced that $633 million in first-of-its-kind funding is available to the state of Florida for disaster mitigation projects in areas impacted by 2016’s Hurricanes Hermine and Matthew and 2017’s Hurricane Irma.  The funds are coming from HUD’s newly created Community Development Block Grant – Mitigation (CDBG-MIT) program and will be used to fund disaster mitigation projects to better protect Florida from future disasters.

The Florida Department of Economic Opportunity (DEO) is in charge of administering the funds and with input from other state and local government agencies, has created a CDBG-Mitigation State Action Plan Draft for Public Comment.  The plan is a blueprint of all project areas to be addressed, with particular attention to repetitive loss properties and critical infrastructure.

Comments on the State Action Plan may be submitted to DEO until January 20 at 5:00 pm by email to [email protected] or by using this Public Comment Form.  You can read more about the Rebuild Florida’s Mitigation Program here.