There is an unfolding catastrophe in Puerto Rico as the island has experienced three massive earthquakes within a week, the latest occurring over this past weekend, early Saturday morning.  They came after a series of more than 500 smaller earthquakes in the preceding weeks.  All of this, just two years after Hurricane Maria heavily damaged the island.

Puerto Rico Earthquakes:  The trio of earthquakes occurred January 6 as a 5.8-magnitude, January 7 as a 6.4-magnitude, and January 11 as a 5.9-magnitude.   The President has signed an emergency declaration and now a Public Health Emergency has been declared as well.  One person has died, nine are injured, and hundreds of homes, with some schools and businesses, have been damaged or destroyed in the southwest region.

The Costa Sur Power Plant in Guayanill municipality could be out of service for a year due to extensive damage caused by Tuesday’s quake.  The USGS forecasts a decreased chance of aftershocks.

You may be surprised to learn just how active the Caribbean is for seismic activity.  Catastrophe risk-modeler AIR Worldwide has a neat blog, Puerto Rico’s Most Powerful Earthquake Since 1918 which provides insight on what happened and risks around the Caribbean basin.  Also, our friend Dr. David Prevatt of UF’s engineering school has shared the Preliminary Virtual Reconnaissance Report (PVRR) on the initial quakes, published by the Structural Extreme Events Reconnaissance (StEER) Network.

David writes, “As engineers, we see the large scale of many tragedies is preventable.”  He took part in the StEER report on Hurricane Michael in the Panhandle last year.  Our thoughts and prayers are with those in Puerto Rico.

On that same subject, here’s a graphic recap, from NOAA, of the 14 separate billion-dollar weather and climate disasters in the U.S. in 2019. 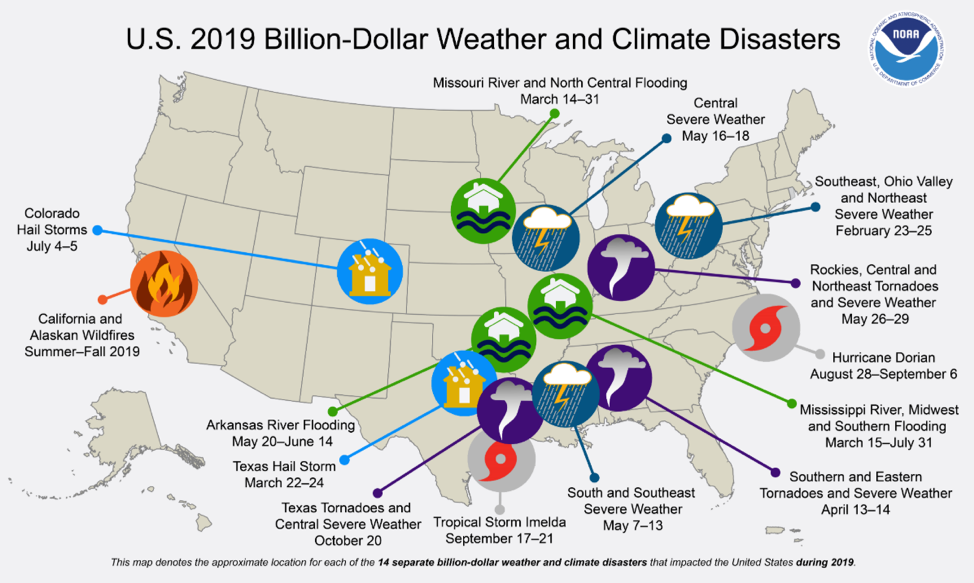 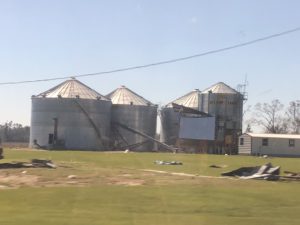 Rural Infrastructure Post-Michael:  Rural areas often don’t have the tax base to support bigger infrastructure, let alone its design.  Following Hurricane Michael, the Florida Legislature last year approved money for the Rural Infrastructure Fund for projects in Calhoun, Gadsden, Holmes, Jackson, Liberty and Washington counties. The funds are meant to help communities restore their economies after the impacts of Michael.

Governor DeSantis last week announced more than $5.4 million in funding for infrastructure projects in 15 rural communities in those Panhandle counties.  The projects will hopefully encourage job creation and business investment, toward strengthening and diversifying those rural economies.

Most of the money is designated for site plans and studies.  Projects range from flood prevention to creating economic development corridors.  Details here.