The big environmental news last week in Florida was the announced purchase by the state of 20,000 acres in the Everglades that was slated to be the future site of oil drilling.   Meanwhile, the legislature is looking at using Florida Forever money for hurricane damaged land, while Miami Beach enjoys another $16 million in beach renourishment.  It’s all in this week’s Environment and Engineering Digest. 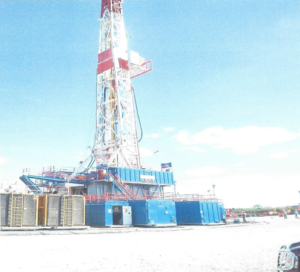 Everglades Purchase:  The state will end up paying between $16.6 million to $18 million to the Kanter Real Estate Company, depending on when the deal actually closes.  The family behind the company, the Kanter’s, had sought an oil drilling permit several years back from the state DEP but was denied.  They challenged the ruling in court and won and were proceeding with their drilling plans when the state made its offer.

The 20,000 acres sit in a key wetland system within the Everglades, which the Governor has also invested political capital to protect.  His proposed budget for this year includes $635 million for Everglades’ restoration and other water resources, adding to the $625 million the Legislature approved last year.  The Feds recently chipped in another $200 million.

Florida Forever:  Another key pillar of the state’s preservation effort is the Florida Forever fund, which purchases lands to set aside in perpetuity to protect from development.  Soon, that multi-million dollar fund could be used for mitigating land damaged in hurricanes.

The Florida Senate is considering SB 7024 that would set aside at least $10 million a year from the fund to buy land and add conservation easements in areas that have been damaged by hurricanes during the past five years.  Proponents say it would also help make Florida more resilient to hurricanes and sea-level rise.  The bill would also allow wildlife crossings to be eligible for acquisition under the fund.

Miami Beach Renourishment:  Routine beach renourishment continues in Miami-Dade County, site of some of the most noticed erosion and coastal flooding in the state.  The U.S. Army Corps of Engineers has begun a $16 million renourishment along beaches at 27th, 44th, 55th, and 65th Streets.

A total of 61,000 tons of sand is being used and is coming from a mine in inland Hendry County. The mostly quartz sand is of the approximate size and color of the existing beach sand, and is expected to blend in well.