Florida tops the list of states with costliest litigation 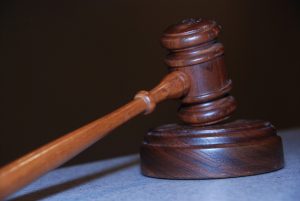 Two recent reports attempt to quantify the impact that civil litigation has on Florida and its taxpaying citizens and businesses and the numbers are pretty big.   According to a report released by the Florida Justice Reform Institute, torts result in $7.6 billion in annual direct costs and a combined $1.1 billion in annual local and state government revenues.  Another study by the U.S. Chamber Institute for Legal Reform says Florida has the highest tort liability cost among all other states, at 3.6% of gross domestic product.

Economic Benefits of Tort Reform in Florida released by the Florida Justice Reform Institute, was one of six reports produced by its national counterpart, the American Tort Reform Association and Citizens Against Lawsuit Abuse.  The other reports address California, Illinois, Missouri, West Virginia, and Louisiana.  The Florida report notes that excessive torts also result in $11.8 billion in annual output (gross state product) and 126,139 jobs when dynamic effects are considered.

The U.S. Chamber Institute for Legal Reform report, “Costs and Compensation of the U.S. Tort System” used liability insurance data and estimated uninsured and self-insured costs to determine the total cost of litigation in the country.  The total cost of torts paid in 2016 in the U.S was $429 billion, which is 2.3% of the U.S. gross domestic product (GDP).  That’s $3,329 per American household.  Florida had the highest cost, at 3.6% of GDP, while Alaska, Washington, and Wyoming had the lowest, spending 1.8% of GDP on tort liability.  New York topped the list of cost per household at $6,066.

The Chamber report noted that only 57% of tort system costs went to plaintiffs as compensation, while 43% became costs of litigation, insurance, and risk transfer.  $300 billion (70%) of costs involved commercial litigation with business defendants and $129 billion involved personal litigation with individual defendants.

While there is a time and place in court for those who believe they need to pursue wrongful actions by individuals or an organization, the patterns we see here appear to be simply opportunities for increased litigation by the trial bar.