A Florida property insurance company has been declared insolvent and taken over by the state; insurance regulators are working with carriers to quantify Florida’s big insurance litigation problem contributing to such closures; and insight into what one industry observer is calling the latest tactic by plaintiff attorneys to get more claims money out of insurance companies.  It’s all in this week’s look at property insurance news.

St. Johns Insolvency: A Leon County circuit judge Friday appointed the Florida Department of Financial Services (DFS) as receiver for Orlando-based St. Johns Insurance Company, the 8th largest homeowners writer in Florida.  The DFS petitioned the court after receiving a letter from Insurance Commissioner David Altmaier declaring the company insolvent earlier in the week.  DFS will now liquidate the company’s assets and work on a transition plan for St. Johns 160,000 policyholders whose policies are “owned” by the insurance agents who wrote the coverage.

St. Johns announced on February 15 it was no longer writing any new policies in Florida, bringing to seven the number of companies in the past few months that are closed to new business and/or renewals.  Overwhelming costs of claims, increased litigation, and reinsurance are cited.  And there’s more uncertainty looming.  All eyes are on the legislature to advance changes that will reverse the alarming property insurance premium increase trends Floridians are experiencing.

The vast majority of the commentary revolved around the ambiguity of the data call template. For example, it requires the collection of data about attorney fees paid by insurers.  Regulatory consultants testified that collecting attorney fee data is not possible because plaintiff lawyers do not volunteer their fee amount information to insurers.  Other concerns were about reporting vendor names and lawyer names. One participant testified that often there is more than one vendor or lawyer involved in a litigated claim. OIR left the record open until March 6 so written comments were encouraged.  Please let us know your feedback by emailing me here. 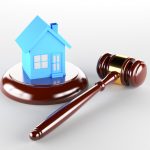 Newest Litigation Tactic: Guy Fraker, who authored last year’s Florida’s P&C Insurance Market: Spiraling Toward Collapse, says plaintiff attorneys are using a new tactic to maximize their profits from insurance claims: reopen old claims from condominium associations.  He told the Business Observer that he has found many instances of claim lawsuits filed on behalf of condo associations that follow the single-family neighborhood canvassing model, where you find one condo building with damage and then leverage that into requiring the insurance company to replace the roofs on the entire complex.  These “supplemental condo association claims” involve reopening closed cases based on the discovery of previously undetermined damage.

Fraker said that’s what happened to St. Petersburg-based American Capital Assurance Corporation, which was forced into liquidation in 2021.  One alarming section quoted from his case study: “The protections afforded to plaintiff attorneys and contractors, enable them to convert previously settled (and thus closed) claims, into shock losses with damage demands as high as 300 times above the original settlement, more than two years after the original claim.”