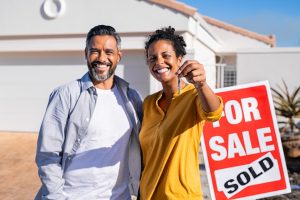 Florida home prices and rents continue to grow faster than the rest of the nation with new concerns they may be overvalued, while two Florida counties have the fastest growing populations in America.  Plus Florida is taking a top spot again as the place to do business.

Home Prices & Rents: Year-over-year home prices are up to historic levels, up 20.9% in March from March 2021 for the U.S. and up 3.3% when compared to February.  Florida had the biggest increase in the country in March, up 31.4% over the previous March, with Tampa’s 32.5% the biggest gain among the country’s 20 largest metro areas.  Arizona’s home prices jumped 28.7%, followed by Tennessee at 26.7%.  Experts say the price increases, coupled with an increase in home mortgage rates of more than a percentage point from March to April, mean buyer affordability has fallen sharply.

With the rise in home prices has come a rise in rents in the Sunshine State, too.  Realtor.com in February designated Miami as the least affordable place in the country.  Average rents in metro Miami were $2,930, which is comparable to San Francisco and Los Angeles and double the level considered affordable when compared to average income there.  Certainly the increased property insurance premiums, as Realtor Whitney Dutton noted in our The Florida Insurance Roundup podcast, are part of the costs being passed along by landlords.

A new report by Florida Atlantic University says the top five overvalued rental markets in the U.S. are all in Florida.  It found that renters in Miami-Dade, Broward and Palm Beach counties are paying an average of $2,832 a month – 21.75% above what they should be paying based on the area’s long-term leasing trends.

Business Friendly: Florida remains ranked the second best business state in the country, behind Texas, in this year’s Best & Worst States for Business Survey of CEOs by Chief Executive Magazine.  Texas has ranked first every year since 2001 when the survey began, largely because it has no corporate income tax, has a fast-growing population, low regulation, and a diverse, skilled workforce.  Florida was credited with its “consistently business-friendly approach” and COVID shutdown policy, recent corporate relocations, and a top corporate income tax rate of 4.5%.  Tennessee, Arizona and North Carolina rounded out the top five states.  The worst states for business, according to the survey, are California, New York, Illinois, New Jersey and Washington.