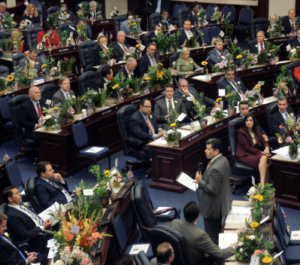 Both houses of the Florida Legislature are expected to review the response, preparedness, and looming costs associated with Hurricane Michael.  Legislative committees begin meeting next Tuesday in preparation for the March 5, 2019 start of the 60-day session.  We have a new House Speaker and Senate President, new committee chairs, and issues such as workers’ compensation insurance, cell phone use while driving, and septic tank mitigation are being teed-up.

A large number of homes and other buildings in the Florida Panhandle were built before 1995, when Florida’s tougher post-Hurricane Andrew building code was established.  The newer Florida Building Code (FBC) requires structures to be built to withstand winds of 110 mph, so rebuilt homes in the Panhandle at least will have to be to the newer standard (many were built to a 75 mph standard).

As we heard from field adjusters during a recent Florida Insurance Roundup podcast, newer homes built to newer code, still had shingles flying off “like Post-It notes off a pad” during Michael.  Discussions to require the much tougher Miami-Dade building code (winds in excess of 170 mph) in the Panhandle appear to be a non-starter for now.  I talked with three senators and a few more house members and they just don’t see being able to push the higher codes in the Panhandle.

Part of the discussion is cost.  Prisons are the largest employers in several of the counties impacted and the median income for correctional officers in the area is $34,000.  Most don’t make more than $45,000.  Those who had property insurance with Ordinance and Law coverage for increased costs required by tougher codes presumably should be fine.  But what of those who didn’t?

I believe many rebuilt structures, especially along the coast, will be rebuilt by investors with lots of money who have customers who won’t care how much this resiliency effort matters.  And will the cost of insurance coverage itself go up?  One agent I talked with said no – that homes rebuilt to the FBC will be eligible for substantial mitigation credits – and that insurance costs should actually go down.

In the end, we are only as good as the building code enforcement officials in the area present during reconstruction. 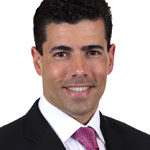 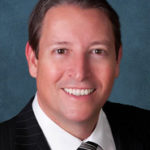 Speaking of workers’ comp, the Division of Administrative Hearings has asked for about $2 million in additional funding for salaries and benefits in the next fiscal year for workers’ comp judges.  This, and other competing priorities, will be balanced with a request by the Department of Corrections for a $40 million increase in its budget to help cover facilities damage in the Panhandle and for needed salary increases for correctional officers.

Senator Galvano has chosen Sen. Doug Broxson (R-Gulf Breeze) as Chair of the Banking and Insurance Committee, replacing Sen. Anitere Flores.  There’s no formal announcement yet on who will chair the House Insurance & Banking Subcommittee.

New bills include: two that prohibit cellphone use while driving – SB 76 by Senator Wilton Simpson (R-Trilby) and HB 45 by Rep. Emily Slosberg (D-Boca Raton), essentially barring any hand-held devices; SB 108 by Senator Lauren Book (R-Plantation) transferring the concealed weapons licensing program of the Department of Agriculture and Consumer Services to the Department of Law Enforcement (FDLE); and HB 63 by Rep. Ray Rodrigues (R-Fort Myers), that would allow the use of Property-Assessed Clean Environment (PACE) funds to get folks off septic tanks and connected to municipal sanitary sewer systems or to retrofit to an advanced onsite treatment system.

With a change of Governor, come changes in agency heads, which is not uncommon for state executives to leave their posts.  The Division of Emergency Management’s Wes Maul announced last week he is leaving his post in January.  He has worked tirelessly as Florida’s Emergency Management Director through several storms and has led the recovery efforts statewide.  We wish him well as he seeks new opportunities and will continue to follow his work.