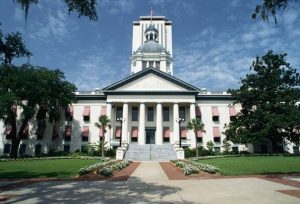 Last week the Florida Legislature held its first week of committee meetings in preparation for the kick-off of the 2020 legislative session that begins January 14.  There were introductory conversations on topics that included school safety, water quality and environment, the Hepatitis A emergency, and Hurricane Michael recovery funding.  On the insurance side, there were discussions on the Cat fund, the building code as it relates to hurricane damage – and on Assignment of Benefits.

Both the House Insurance and Banking Subcommittee as well as the Senate Banking and Insurance Committee met last week.  Senator Doug Broxson (R-Pensacola) who chairs the latter said that he’ll take up the issue of automobile windshield Assignment of Benefits (AOB) again this session.  It’s a reform fight that wasn’t successfully added to the homeowners insurance AOB reform that did pass last May.

The committee got an update on hurricane claims (see Hurricane Michael Claims Update in this newsletter) and the House Business and Professions Subcommittee received a briefing on hurricane damage (see Podcasts Examine Hurricane Vulnerabilities).

The state’s economist and financial staff are looking for ways to speed federal hurricane relief dollars into our budget coffers following projections that our sales tax and other handful of tax proceeds may be diminishing over the next couple years.  There were alternative funding and reimbursement processes outlined for consideration.

The state has spent $1 billion responding to the past three years of hurricanes, but the final budget impacts from those storms remain a question mark while we await final federal matching funds and various FEMA reimbursements.  As of the end of August, the state has received $211.9 million in reimbursements for the storms.  While we’ve used cash reserves for the most part while awaiting federal funds, there’s concern that additional hurricanes could require using general revenue funding.

Some meeting slots this first committee week were cancelled as it was slow going for many who had not been back in the Capitol since the 2019 session adjourned in May.  The second committee week begins October 14.