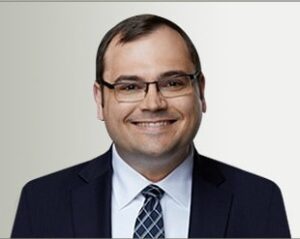 Many of the appeals flowed from questions of whether “nonmonetary terms” a party attached to a PFS invalidated it.  For example, on May 25, 2022 Florida First District Court of Appeal ruled that a PFS which included a nonmonetary term demanding that the $1.3 million PFS amount be paid in cash within thirty days was not one which was made in good faith and therefore invalid. State Farm Auto. Ins. Co. v. Lightfoot, Nos. 1D20-2285, 1D20-2303, 2022 Fla. App. LEXIS 3559, (Dist. Ct. App. May 25, 2022).  Earlier this year, the Florida Fourth District Court of Appeal ruled that a release which was included as a nonmonetary term of the PFS did not invalidate it as ambiguous.  Tower Hill Signature Ins. Co. v. Kushch, 335 So. 3d 743 (Fla. 4th DCA 2022).  The Florida Supreme Court in 2016 emphasized that PFSes were “intended to end judicial labor, not create more” and that “courts are discouraged from ‘nitpicking’ proposals for settlement to search for ambiguity.”  Anderson v. Hilton Hotels Corp., 202 So. 3d 846, 853 (Fla. 2016).

Perhaps seeking to terminate one repeat source of alleged ambiguity and gamesmanship, the Florida Supreme Court on May 26, 2022 amended Rule 1.442(c) which set out the “Form and Content of Proposal for Settlement.”  The old version allowed a PFS to include conditions and nonmonetary terms:

(2) A proposal shall:
[…]
(C) exclude nonmonetary terms, with the exceptions of a voluntary dismissal of all claims with prejudice and any other nonmonetary terms permitted by statute;
(D) state the total amount of the proposal;

The Court explained that “[t]he amendments are intended to align rule 1.442 with the substantive elements of Florida’s settlement proposal statutes” and would serve to allow a simple comparison of monetary amounts without consideration of nonmonetary conditions, as envisioned by the legislature when they established the PFS statute.

An immediately apparent consequence of this change would be that it appears the long-standing practice of “attaching” a release to a PFS by Defendants as a condition and/or nonmonetary term may no longer be allowed and doing so may render the PFS unenforceable.  Without the protection afforded by a release, Defendants may be limited to relying only upon a dismissal with prejudice to protect them from repeat litigation upon the same claims if their PFS is accepted.