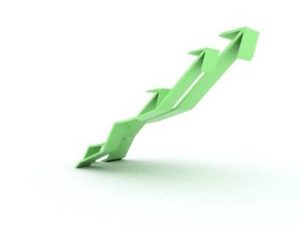 High housing costs are pushing inflation in Florida higher than the national average as home prices in South Florida hit a record high; how the state is helping first-time homeowners through a multi-million fund; plus why one newcomer says Florida “embodies the American Dream.”  It’s all in this week’s look at Florida economic news.

Inflation: The Sunshine State’s booming economy has caused the growth of inflation here to exceed the current national rate of 8.6%, a 40-year high.  Pensacola economist Dr. Rick Harper said Florida’s inflation rate is just over 11%.  “A lot of that is due to the extreme increase in housing cost,” he told WEAR-TV.  He warns though that raising interest rates to much runs the risk of bursting the bubble in the housing market.

Housing Hot: Despite inflation and the recent rise in mortgage interest rates, the number of new homes on the market and the prices they’re selling for keep rising further.  Florida Realtors® report that single-family median prices rose 21.8% year-to-year in May to $420,000.  Median prices of condominiums were up even higher with a 28.8% gain to $322,000.  While new listings were up 10.2%, the number of closed sales were down (6.9% for homes and 14.4% for condos) compared to a year ago.

Prices in South Florida hit a record high in May, with Miami-Dade County reporting a single-family home median price of $575,000 (up from $500,000 a year ago) and $415,000 for condos (up from $325,000).  Broward County reports a similar trend.  The reason: tight supply created in part by limited new construction on what available land is left to build on coupled with strong demand from out-of-state residents competing with local residents for homes.  So much so that Miami-Dade County and the city of Miami have declared states of emergency due to a lack of affordable housing, reports the Miami Herald

Housing Help: The state of Florida has dedicated $100 million in a new program to help first-time homeowners.  The Hometown Heroes Housing Program targets people in more than 50 occupations considered as frontline community workers, such as teachers, first responders, and healthcare workers.  It provides down payment and closing cost assistance up to $25,000 in the form of a zero interest second mortgage loan that doesn’t need to be paid back for 30 years or unless the house is sold, rented, or refinanced.

Welcome! Ken Griffin, the richest man in Illinois, recently announced he’s moving his family and his trading firm Citadel from downtown Chicago to Florida, a state he says “embodies the American Dream.”  Chicago’s rising crime rate and Illinois’ growing taxes and costs were cited for the firm’s move of its more than 1,000 employees over the next several years to downtown Miami.  The latest Census figures show that New York continues to provide a growing number of new residents for Florida.