State has the most hard to flee places 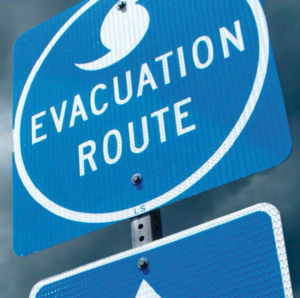 As we know, Florida is no stranger to natural disasters. That makes getting people out of harm’s way as quickly as possible critical.  A new traffic analytics study shows that the state’s smaller communities overall are critically lacking in effective evacuation routes.  In fact, Florida tops the list of states with the most evacuation-challenged communities.

The group has produced this interactive National Map of Communities with Limited Evacuation Routes.   Their data science team analyzed the approximately 30,000 towns in the U.S. with populations under 40,000, scoring them using a ratio of the number of roadway “exits” from each town and the average “load” on the most-used exits, weighted by town population.  They then selected a subset of about 800 communities that scored at least 3 times the average of all towns analyzed.

Researchers studying mobile phone signals found motorists’ habits make them inclined to use certain roads.  “Even if there are seven or eight ways out of a lot of small towns, everyone prefers one, which is fine on a typical Tuesday but not if there’s an evacuation,” Streetlight CEO Laura Schewel told Bloomberg.  “If everyone chooses to evacuate using one road it can be a serious problem.”   She said Streetlight is working with local governments on the gulf coast and in California on their evacuation planning.