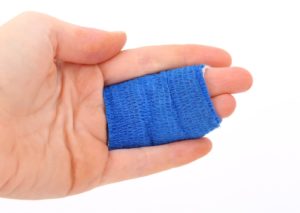 The growing unaffordability of health insurance, more medical marijuana users choosing smokeable pot, and organized opposition emerges to legalizing recreational pot in the Sunshine State.  All this, plus a growing number of Obamacare sign-ups in this Healthcare Digest.

Costly Health Insurance:  Employer-provided health insurance is becoming increasingly expensive for many workers, according to a new report out by the Commonwealth Fund, a nonprofit that promotes expanded health insurance coverage.   That’s especially so here in Florida, which was among the five most expensive states last year, where the combined average costs of premiums and deductibles consumed 14% or more of average income.

Across America, 42 states saw those combined average costs exceed 10% or more of average income – up from only seven states in 2008.  Although the study reports no significant drop in employer plan enrollment, it raises concern that with the federal mandate to carry health insurance eliminated, some employees may reach the point that they decide they cannot afford it anymore.

Obamacare Enrollment Up:  Of course, if you’re single and your employer charges you more than 9.8% of your income for your company health insurance, you’re entitled to seek coverage under the Affordable Care Act on the federal insurance marketplace.  Most qualify for tax credits and many for subsidies.  But that doesn’t apply to family coverage.  So it’s no surprise that Florida was leading the nation in marketplace plan enrollment in the first three weeks of signups for 2020 coverage plans.  From November 1-21, 463,000 Floridians signed up, the most of any of the 39 states that use the federal exchange.  The enrollment period ends December 15 at www.healthcare.gov 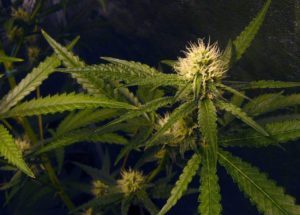 Smokeable Medical Pot:  The Florida Department of Health reports that nearly half of those residents eligible to use medical marijuana for health conditions choose smokeable pot, now that it’s legal.   Since the smoking ban was lifted in March, 44% of the almost 292,000 Floridians licensed to use medical marijuana are smoking it.  That amounts to more than 1.8 million ounces of smokeable pot.

Florida has 180 dispensaries where patients with qualifying conditions and a doctor’s approval can purchase marijuana.  Patients can be certified for medical marijuana or low-THC pot, or both.  The Boards of Medicine and Osteopathic Medicine’s Review Panel will discuss its draft annual report later this week and any recommendations to the Legislature necessary to tweak the program.

Legalizing Marijuana:  Meanwhile, those who support legalizing the recreational use of marijuana in Florida are busy working to get two separate initiatives on the November 2020 ballot that would do just that.  One measure would legalize pot for anyone over 21, while the other measure would establish controls similar to those on the use of alcoholic beverages.  A coalition of groups has recently formed to oppose both measures.