Florida remains in the bottom half of healthiest states in the country, reversing its previously improving trend.  Plus with two ballot efforts to legalize recreational marijuana use in Florida, legislators are being cautioned by experts from states where pot is legal not to fall for it.  And another new effort is underway to regulate the prescription middleman – pharmacy benefit managers.  It’s all in this week’s Healthcare Digest. 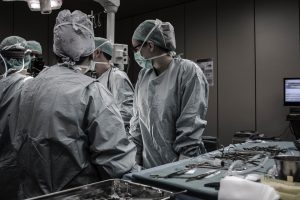 Florida’s Health Ranking:  The newest edition of America’s Health Rankings, published by UnitedHealth Group’s nonprofit United Health Foundation, ranks Florida 33rd in the U.S.  While adult smoking decreased from 10% in the past year, obesity increased 8% (from 28.4% to 30.7% of adults).  In the past three years, drug deaths increased 62% (from 13.2 to 21.4 deaths per 100,000 people) and since 2012, diabetes has increased 21%.

Besides a low prevalence of smokers, Florida’s strengths include a low cardiovascular death rate and a high immunization rate among children.  The report includes 35 core measures of health that are used to rank states. Nationally, rates of obesity, diabetes, suicide, and drug deaths are all on the rise.  Vermont ranked first in the country and Mississippi ranked last.

Pitfalls of Marijuana:  There are two measures making their way to the 2020 ballot that would legalize recreational use of marijuana in Florida.  With that in mind, the House Health Quality Subcommittee last week heard an earful from various experts testifying on health impacts in those states with legalized marijuana.  An economist from the Rand Corporation shared the latest research on how both medical and recreational use laws impact cannabis use and use disorders.

A DEA agent from Denver, presented the latest edition of the Rocky Mountain High Intensity Drug Traffic Area Report.  He noted that in the six years since Colorado legalized recreational pot, impaired driving, emergency room visits, and traffic deaths are all up.  Meanwhile, more workers are testing positive for marijuana in post-event testing with random urine tests showing a 17% increase in positive results, according to another speaker from Quest Labs.

Pharmacy Benefit Managers (PBMs):  While the federal government pursues tougher restrictions on PBMs in an ongoing effort to lower the cost of prescription drugs for consumers, there’s an effort underway in the Florida legislature to do the same.   There are mixed feelings about PBMs with some insurance companies seeking to manage their prescription drug costs owning a PBM vs. other insurers who believe PBMs are part of the drug pricing problem.

A published report says Rep. Jackie Toledo (R-Tampa) is preparing legislation that would regulate PBMs.  It’s inspired in part by a University of Southern California study that found that 23% of pharmacy prescriptions involved a patient copayment that exceeded the average reimbursement paid by the insurer by more than $2.00.  The average overpayment was $7.69.  Small pharmacies claim the system also creates an unfair competitive disadvantage with larger pharmacy chains.