Impacts of algae, smoking, and DUI

Another ongoing challenge for Florida is how to better control and mitigate the annual Red Tide and blue-green algae blooms that foul areas along the coasts and inland waterways of southern Florida.  The state is now studying what health problems may be created by the blooms.  Plus, national mover U-Haul says it’s going to stop hiring smokers in Florida and 20 other states, while there’s surprising news about DUI rates here.  It’s all in this week’s Healthcare Digest. 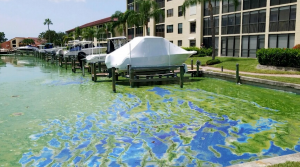 Blue-green algae in a Florida waterway

Algae Health Impacts:  The Florida Department of Health has awarded $650,000 in grants to four Florida universities to better understand the health impacts of blue-green algae blooms and the red algae blooms that create Red Tide.   Both have become annual problems on both the southeastern and central- and southwestern coasts of Florida.

The University of Florida, University of Miami, Florida Atlantic University, and Florida Gulf Coast University will all take part in the studies.  UF says it will identify the geographic locations with elevated rates of human diseases associated with harmful algal blooms and quantify the toxins in these blooms.  FGCU research will address the question of airborne cyanotoxin exposure for people living near or recreating on waterbodies experiencing a cyanobacteria (blue-green algae) bloom.

Naturally occurring Red Tide on the gulf coast annually kills thousands of marine wildlife and creates a horrible odor.  Blue-Green algae running from Lake Okeechobee east and west along rivers leading to the Gulf of Mexico and Atlantic Ocean chokes waterways and kills fish.  Some residents have complained about the lack of information on the blooms together with potential health risks.

Smokers Need Not Apply:  U-Haul announced on New Year’s Eve that it will soon implement a no-hiring policy for nicotine users, part of an effort it says to empower a healthy workforce among its 30,000 employees.  Florida is one of 21 states where the rule on new hires can lawfully go into effect and will be begin February 1.  The rule does not affect current or new employees hired before then. 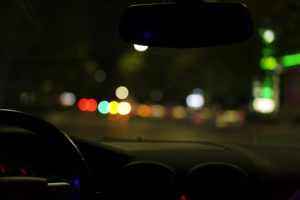 Florida DUI Rates:  A new report ranks Florida near the bottom of the list on drunken driving rates and is reflective of a nationwide trend.  The U.S. Drug Test Centers report shows Florida ranked 46th overall for drunken driving rates in 2018, with 151 DUI-related arrests per 100,000 people.  The stats are based on information from the CDC, DOT and FBI crime statistics.

The report shows Florida’s long-term DUI arrest rate fell 47% from 2009-2018.  Overall, the U.S. population-adjusted rate of those arrests fell by more than 35% during the period.  Only three states — Delaware, Washington and North Dakota — recorded an increase in DUI arrests.