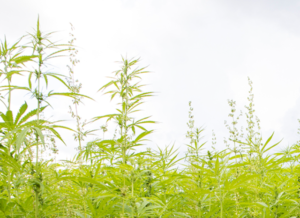 Hemp Plan, courtesy of University of Florida Institute of Food and Agricultural Sciences

The future is looking bright for the Sunshine State’s very own hemp program, as the Florida Department of Agriculture and Consumer Services (FDACS) and its Office of Cannabis observed the one-year anniversary of the program last Tuesday.  FDACS and the Office have maintained careful oversight of the state’s hemp program and of the distribution of cannabis products, such as CBD.

On April 16, 2020, the U.S. Department of Agriculture (USDA) certified Florida’s hemp program and permitted growers to initiate cultivation of the crop by April 27 the same year.  Since then, the state has received and approved more than 800 hemp cultivation farming permits, opening over 30,000 acres for planting in 65 Florida counties.

This is a “green” agricultural initiative that has been progressively destigmatized.  It was back in 2016 that 70% of Florida voters supported a constitutional amendment to allow cultivation and sale of medical marijuana.  Residents of the state have participated enthusiastically with the economy generated by the hemp crop.

FDACS estimates the state’s hemp industry has generated an approximately $370 million economic impact alongside 9,000 newly created jobs, and $17 million in federal, state, and local tax revenue in its first year alone.  Research & development investments are slated to ramp up in year two in order to maintain the rigorous quality and standards of the state’s hemp products, in addition to increased state support of hemp producers and education outreach on the benefits of hemp.  With potential for over 25,000 byproducts ranging from textiles to biodegradable packaging to medicinal CBD, the possibilities are seemingly endless for Florida’s newly reinvigorated cash crop.