Plus new counseling for young survivors 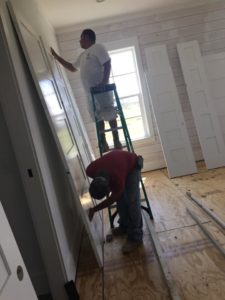 New figures show progress is indeed being made in resolving the number of open claims from Hurricane Michael.  Florida insurance regulators told carriers in late July to “redouble efforts” to resolve open claims from the October 2018 Cat 5 storm.  Insurance Commissioner David Altmaier has acknowledged the difficulty in doing so when public adjusters and lawyers are involved.  Meanwhile, there’s help on the way for children whose mental health has suffered in the storm’s aftermath.

The newest figures by the Florida Office of Insurance Regulation (OIR) show open claims now represent 13.8% (20,484) of all Michael claims compared to 15% (21,669) at the end of June.   As of July 26, 148,347 claims had been filed since the October 10 hurricane made landfall in Florida’s Panhandle.  Estimated insured losses stand at $6.9 billion, up about $250 million from June.  About 73% of those open claims are residential, with the majority in hardest hit Bay County, where Michael made landfall.

As we reported in the last newsletter, OIR was critical of the number of still open claims in an Informational Memorandum to carriers.  In it, OIR made no acknowledgment of the role Assignment of Benefits (AOB) and other litigation tactics have played in preventing prompt settlements.  Commissioner Altmaier has told the Governor and Cabinet that some cases are new or difficult to close because public adjusters or attorneys are involved, delaying settlement.  And he’s right.  Agents tell us they’re still getting claims filed from Michael and from Hurricane Irma of almost two years ago.  There’s also a question of how many Panhandle claims are in the Excess & Surplus lines market, which OIR has little control over.

OIR said it will be issuing an “enhanced data call” on open claims to determine how claims have been paid.  Lisa Miller & Associates has made specific suggestions to OIR Deputy Insurance Commissioner Susanne Murphy on that data call, to include collection of lawsuit data, AOBs, and the nature of disputes that hindered settlement. 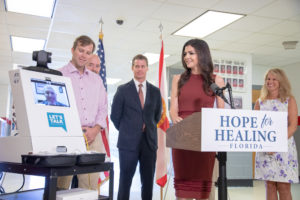 After receiving a referral from a guidance counselor, and written consent from a parent or guardian, each student will have the opportunity to speak one-on-one in private with a mental health service provider via videoconference.  The provider will assess, diagnose, and if necessary, begin to treat the student.  Parents will have the ability to call into the session via a mobile app or receive a summary from the provider following the session if they are unable to participate.

Last month, the state Board of Education mandated that all Florida students in grades 6-12 receive at least five hours of mental health instruction.