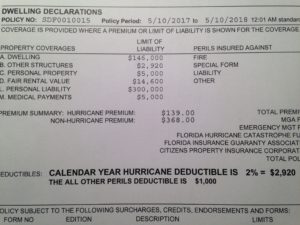 Of course, nothing reduces the sting of disasters, like having proper insurance coverage.  Sadly, too many property owners in the U.S. are still uninsured, especially when it comes to flood and other catastrophe insurance, including earthquakes.   Is it time to readjust our public policies – and our insurance policies – to adequately cover all our 21st century risks?  Actuarially, we’re already there.

The question came up during our recent Florida Insurance Roundup podcast, Wind vs. Earthquake: Who Wins?   Why is it, for example, that earthquake insurance is no longer required as a condition for California mortgages?  Especially, when wind insurance is required throughout the state of Florida and elsewhere to protect against hurricane damage?  Why not just cover it all – wind, wildfire, flooding, earthquake – with one policy?

John Rollins, Consulting Actuary for Milliman, said that from an actuarial standpoint, we’re already there.  He explained that while different regions in the U.S. are predominantly impacted by a single peril, such as California with earthquakes and Florida with hurricanes, Milliman’s research indicates that all of the catastrophic perils from earthquakes, wildfires, floods, and hurricanes, actually contribute significantly a measureable amount to the total amount of what an actuarially-sound homeowners premium should be for the true risk of these disasters underlying each policy across the U.S. 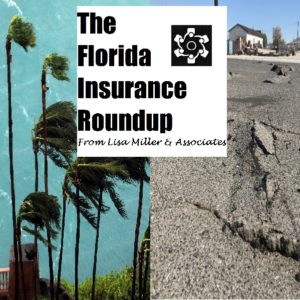 “Each one of those types of disasters contributes potentially hundreds of dollars to the quote -‘fair’ – or right insurance premium as actuaries would define it,” Rollins said on the podcast.  “So that runs up against a policy question, which is, if you have significant, roughly equal risk from hurricanes, floods, wildfires, and earthquakes across the country, why aren’t the guidelines for determining eligibility of mortgages for Fannie Mae and Freddie Mac… and their concomitant insurance servicing requirements exactly the same across the country?  We don’t have all the answers as to why that is, but we do know that a pure clinical look at the numbers would indicate that there’s really no reason to favor one peril over the other,” Rollins said.

Our other guest on the podcast was Jim Wilkinson, Jr., Executive Director of the Central United States Earthquake Consortium (CUSEC).  He talked about the need to make earthquake insurance more affordable. “For example, the six most vulnerable counties in the state of Missouri saw an almost 700% increase in their premium costs between 2000 and 2018.  We need to figure out how to get that cost down and the availability up, whether that’s through incentives or other means.

If Fannie Mae and Freddie Mac were to update one page of their servicing guidelines to require earthquake insurance, too, “it would instantly kind of upend the entire U.S. homeowners insurance market, similar to the way the Biggert-Waters Act and a few other follow-on regulations upended the flood insurance market, resulting in a whole bunch of other business models being considered,” Rollins concluded.  You can listen to the Florida Insurance Roundup podcast here.