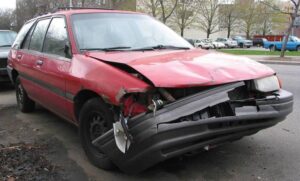 The other big insurance bill passed by the Florida Legislature this spring – SB 54 – which would do away with Personal Injury Protection (PIP) coverage under Florida’s No-Fault automobile insurance law, has yet to be signed by the Governor.  A new report released this past week is shedding additional light.

SB 54 would eliminate current PIP coverage and replace it with mandatory bodily injury (MBI) coverage, with a minimum $25,000 payout for each injured person or $50,000 per event for those other than the driver, and $10,000 for property damage.  The bill allows, but doesn’t mandate $5,000 or more in MedPay to replace the driver protection under PIP, but does require a $5,000 MedPay death benefit.  (You can read more in the PIP section of our final Bill Watch of the legislative session.)  Florida is one of two states that don’t require MBI.  It also has the highest rate of uninsured drivers in the nation at 27% as of 2018.

The Florida Office of Insurance Regulation (OIR) commissioned Pinnacle Actuarial Resources to produce the new report, The Impact of Repealing Personal Injury Protection Coverage in Florida.  The 185-page report released last week casts doubt on the bill’s effectiveness and assumes the more than seven million Florida drivers who now opt for PIP’s minimum coverage would do so under SB 54, increasing their premiums by nearly 50%.  The report said the bill, if it becomes law, would significantly increase uninsured driving, and would generate $13 million annually in uncompensated medical care.  The report states those drivers now pay on average $585 annually under PIP and would pay $868 annually under MBI.

The Department of Financial Services expressed reservations about SB 54 earlier this year, saying it would increase uninsured driving in the state.  OIR urged more study – and commissioned the Pinnacle report.

Legislative leaders have not yet presented the bill to the Governor.  Once sent, he has 15 days to veto the bill, otherwise it will automatically become law on January 1, 2022.