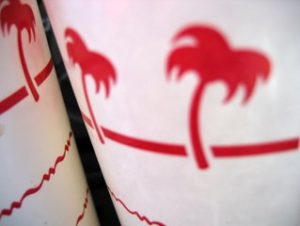 Universal Studios’ Volcano Bay water park has recently been accused of misleading parkgoers who purchased their unlimited refill Coca Cola Freestyle Souvenir Cup for an unsurprising price of $16.99. The class action lawsuit leveled against Universal by plaintiff Luis Arnaud of New York and on behalf of others, claims that these unlimited refill souvenir cups are bugged with RFID chips which only permit 6 refills per hour at 10 minute intervals, rather than actually being unlimited.  His attorney argues this practice is deceptive and misleading.

Would it not have been easier for Universal to simply explain the rules of the souvenir cup? Let’s be honest, people would still buy it.  After all, what other reason do tourists and Floridians alike have for attending a theme park than for the thrill of immersing themselves in the fantasy and further remove themselves from reality?  When people do this they are willing to spend the money and play by the rules.  Now, however, Universal faces an arguably warranted yet ridiculous lawsuit from disconcerted park visitors who seem to need more than six extra-large sodas per hour and every hour until they finally become fatigued in the hyperreality of the theme parks.

We support Universal as a great contributor to Florida’s economy and only wish we had been their advisor on their soft drink refill policy.  We would have provided a dose of reality about the potential for a lawsuit.  Our firm knows all too well about the propensity of lawsuits to be filed for a litany of reasons, most appearing to be nothing more than an attempt to secure attorney fees.  These cases drive costs for all of us, for everything from entrance fees at theme parks to increased insurance rates.