The Florida Legislature today begins the first of six staggered weeks of legislative committee meetings leading to the start of the formal session on January 11.  The House has healthcare and pandemic-related meetings beginning this morning, with the Senate tackling redistricting this afternoon.  Redrawing legislative and congressional district lines will be a major task for lawmakers this upcoming session.  Insurance is expected to be right up there, too.

The Senate Banking and Insurance Committee will meet this Wednesday (September 22) at 1:30pm to hear presentations on the insurance market from Florida Insurance Commissioner David Altmaier and Florida’s Insurance Consumer Advocate, Tasha Carter.  (You can watch this and other committee meetings on The Florida Channel.)  Further property insurance reform measures are expected this session to complement litigation and solicitation reform passed in the last session.  One already filed is SB 230 by Senator Dennis Baxley (R-Ocala), which would increase penalties for unlicensed contractors especially after catastrophic events.

Look for increased focus on the state-backed Citizens Property Insurance Corporation, whose policy count at the end of August was just under 700,000 policies, an increase of almost 38% from last year as Florida’s private market has tightened.  The legislature’s goal has always been to depopulate Citizens, while maintaining it as an insurer of last resort.  Senator Jeff Brandes (R-Pinellas) has filed SB 186, which among other things, would allow surplus lines companies to do takeouts of Citizens policies, just as admitted carriers can do.  Residences with replacement costs of $700,000 or more would not be eligible for a Citizens policy if comparable coverage is offered by a surplus lines carrier at a price within 15% of Citizens’.  Proposals like this have never been successful in the past but it appears some policymakers believe that Citizens could grow to close to 1.5 million policies as it did a few years ago and that surplus lines are needed to remove policies from Citizens to reduce Florida’s financial exposure.  Citizens itself this week will begin considering an idea suggested by last year’s FSU study that would make its customers ineligible for policy renewal if a private carrier offers a policy within 20% of Citizens’ price. We will monitor all proposals. 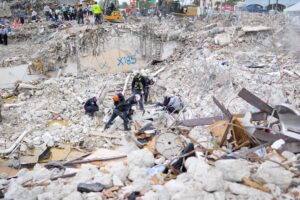 The legislature this session will also consider what new regulations may be needed to building inspections in the aftermath of the Champlain Towers South condominium collapse in June that killed 98 people.  A Broward County task force last week issued a series of proposals, as reported by the Sun Sentinel, that include condominium building inspections every 30 years (instead of the current 40 years in Broward and Miami-Dade Counties) with reinspections every 10 years afterward (no change).  They also want to make it tougher for condo associations to waive current rules on funding maintenance reserve accounts, something we discussed on our recent Florida Insurance Roundup podcast.  A similar panel in Miami-Dade County is looking at potential changes to that county’s building and inspection codes, as we reported in the last newsletter, and likewise is expected to make recommendations to the legislature, as is Palm Beach County.