Some add, many reduce regulation 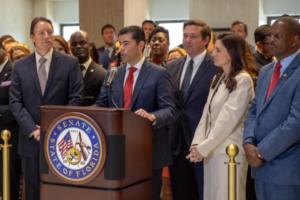 In addition to the insurance and related bills we’ve been closely following for you in our Bill Watch this legislative session, there are other important bills that impact Florida businesses and residents.  From moving more utilities underground and building more hurricane evacuation routes, to lowering the price of prescription drugs and offering alternative health plans, the legislature worked right until the end of session to pass these bills, which now await the Governor’s signature.  Most would take effect July 1.

Toll roads – 2018’s Hurricane Irma saw tens of thousands of Floridians trapped on the clogged Turnpike and I-75 trying to evacuate the state. A House Select Committee afterward issued recommendations, including more South-North highways.  SB 7068 will expand existing road infrastructure from South and Central Florida to North Florida and South Georgia.  It reserves approximately $140 million from various sources to create task forces to study potential routes and start paying for these roads.  The Sierra Club vehemently opposed this infrastructure bill citing environmental concerns and many small communities have concerns as well that interstates will harm economic development.  News article

Underground Utilities – The legislature created a new process for utilities to pass along the costs of moving overhead power lines underground, in an effort to reduce future power outages after storms.  SB 796 is on its way to the Governor.  This makes good sense since we all know what tangled wires and snapped poles look like post storm.  In fact, Gadsden County, just a half hour north of the Capitol, lost more than 400 utility poles in Hurricane Michael, including concrete poles.  News article 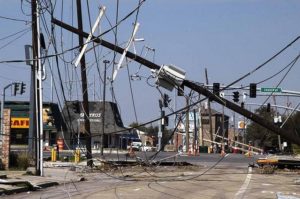 Impact Fees & Affordable Housing – HB 7103 would ease the building permitting process by restricting impact fees and imposing time limits on municipalities in reviewing permit applications.  The bill is on its way to the Governor.  Among other things, it would restrict counties and municipalities from imposing certain mandatory affordable housing ordinances; imposes time limits for a county or municipality to review applications for development orders or permits and provides procedures for addressing deficiencies; and reduces the time from 30 business days to five business days for building departments to review affordable housing permit applications.  News article

Stoneman Douglas Commission Recommendations – Following the mass shooting at Marjory Stoneman Douglas High School in Parkland last year that killed 17 and wounded another 17, a commission had made a series of recommendations for future consideration, including allowing teachers to voluntarily carry guns in class.  SB 7030 passed much to the objection of Democrats and others.  It allows faculty members to be “guardians” in participating counties.  These volunteer guardians must complete rigorous training (more than law enforcement) to possess a gun on campus.  Participation in the Guardian program is optional for counties to participate.  The school has to opt in with the district to participate.  News article

The legislature also passed other Commission recommendations on their way to the Governor:

Micro-mobility (Scooters) – HB 453 would establish state regulation for scooter sharing services, limiting the ability of cities and counties to do so.  This bill is designed to ensure that the regulation of scooters is not more stringent than that of a bicycle and is on its way to the Governor.  As we reported last month, various Florida cities have been experimenting with motorized scooters on streets and sidewalks. 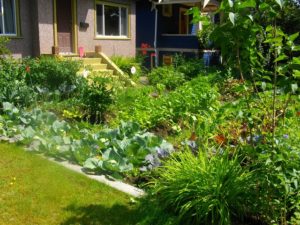 Vegetable Gardens – After complaints that some localities are being heavy-handed in regulating where residents can locate vegetable gardens on their own property (especially front yards, rather than back yards), the legislature passed SB 82.  It prohibits local governments from regulating vegetable gardens and makes current regulations void and unenforceable.  News article

Opioid Crisis – The legislature gave state Attorney General Ashley Moody more access to underlying information needed to successfully sue big pharmaceutical companies for their purported role in the opioid crisis.  HB 1253, called the Moody Blue Bill, passed unanimously.  The prescription drug monitoring program PDMP has data on filled prescriptions around the state and this bill allows AG Moody to see the data fields of age, county, city, and zip, which she’ll then compare to the overdose, treatment, and abuse in the same area.

Alternative Health Policies – The legislature is allowing insurance companies to sell limited term health insurance policies to individuals and groups, as well as establish the genre of “association health plans.”

SB 322 is aimed at aligning Florida law with recent federal health plan regulation.  Last summer, the Department of Labor (“DOL”) issued a final regulation (the “Final Rule”) to increase access of small businesses and certain self-employed individuals to “association health plan,” or “AHP,” coverage. The Final Rule modifies the DOL’s proposed rule regarding AHP coverage, which was released in January, and reflects thousands of comments that were received by DOL in reaction to that proposed rule.

The Final Rule confirms that states will maintain the authority to regulate AHPs that operate within their borders; state laws will not be preempted by the new federal rule. Thus, it should be expected that certain states may seek to restrict the nature and/or extent of AHP coverage made available to employers operating in, and residents of, their state.  We will defer to Florida regulators about these new developments and the provisions of SB 322.

Telehealth – After years of failing to reach consensus among insurance companies and providers, the Florida Legislature passed as part of their series of healthcare bills HB 23, which provides a regulatory framework for telemedicine – remote visits to the doctor via phone and internet. The framework allows telemedicine providers to be paid differently than traditional doctor visits so long as it’s clear in voluntary contractual agreements with insurance companies and HMOs.  Registered out-of-state doctors would also be able to participate.  News article

Cosmetic Surgery – Following years of reported deaths under questionable circumstances at cosmetic surgery centers, the legislature has acted by tightening controls on the industry. SB 732 establishes new requirements and blocks doctors from opening a new facility when their current practice was shut down due to malpractice.  News article

Among the relevant bills we’ve reported on that did not pass:

Tobacco 21 – An effort to increase the minimum age to lawfully purchase tobacco and vaping products (not including cigars) from 18 to 21 years of age ultimately failed in the last week of the session.  SB 1618 also prohibited vending machines selling tobacco and vaping products.  The House bill (HB 7119) went further, pre-empting local governments from setting their own restrictions, such as the Alachua County law we reported on last month.  That pre-emption of Home Rule ultimately killed the effort.

Occupational Deregulation – In February, the Governor and the state’s licensing boards held a “Deregathon” to gather ideas about regulations and professional licensing requirements that may do more harm than good to the economy.  SB 1640 and HB 27 would reduce or eliminate licensing requirements on a variety of professions in Florida but was withdrawn in the last week of session.  News article

The Governor commended the legislature for its work, issuing this press release on the summary of what he termed “unprecedented victories” achieved together.