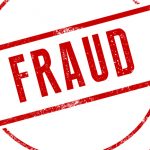 The Florida Department of Financial Services (DFS) has scored another set of arrests in recent Workers’ Compensation fraud cases against Florida contractors that collectively amount to nearly $1 million in rightfully owed but illegally avoided insurance premiums.

The latest arrest was Damart Oshain Burnett, owner of Damart Builders Corporation in Miami, for allegedly concealing payroll information to avoid paying more than $718,000 in workers’ comp premiums.  According to DFS, Damart reported a payroll of $223,600 to its insurance company, NorGuard Insurance, which collected $27,700 in premiums.  Investigators with the DFS Division of Investigative & Forensic Services’ Bureau of Workers Compensation Fraud discovered that owner Burnett had cashed millions of dollars more in labor, effectively avoiding larger premium payments.  He was arrested and faces charges of workers’ compensation premium fraud, organized scheme to defraud, and conspiracy grand theft.  If convicted, he faces up to 25 years in prison.

Earlier in May, DFS announced the arrest of Julio Enrique Maldonado, of G.G.M. Construction LLC in Osceola County, for workers’ comp premium fraud.  He allegedly concealed payroll information to avoid paying more than $193,000 in premiums.  Based on an estimated annual payroll of $120,000, Builders Insurance Company charged an insurance premium of $15,780 for the policy periods of February 2018 to November 2019.  According to DFS, its investigators discovered that Maldonado cashed several checks from January 2019 through December 2020, which totaled over $5.5 million.  Maldonado didn’t respond to the request from Builders Insurance Company to conduct an audit.  Based on Maldonado grossly underestimating or reporting his business payroll, Builders Insurance Company was deprived of $193,284 in premiums.  Maldonado faces charges of workers comp fraud, under reporting payroll greater than 100K, workers comp fraud – false statements on application greater than 100K, and Florida communication fraud of aggregated value of 50K or more.  If convicted, he faces up to 30 years in prison.