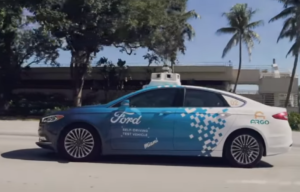 We have some very cool news to share with you this week on the technology front.  Ford Motor Company has announced it’s expanding its fleet of autonomous (self-driving) cars in Miami, while in Orlando, look for drone-like aircraft to ferry passengers to other Florida destinations within five years.

Ford announced last month that it will be opening a 140,000 square-foot command center west of Miami International Airport to coordinate its growing research and testing of autonomous vehicles (AV) in Miami-Dade County and prepare for commercial operations soon.  Ford chose the county in 2018 as the test site for its self-driving business and has been doing pilot projects on various streets and highways since then.

Ford is in competition with General Motors, Tesla, and Google subsidiary Waymo to open the first commercially available service to ferry passengers and cargo.  Ford says it hopes to do so in Miami-Dade County sometime in 2022. 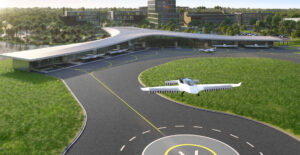 Meanwhile, Lake Nona, the planned community near Orlando, will soon become the country’s first regional air hub for “flying cars.”  Tavistock Development Corporation has announced its Lake Nona Vertiport will be completed by 2025 and allow the aircraft to ferry passengers to Tampa in about a half hour flight.

The all-electric jet, built by Germany-based Lilium, takes off and lands vertically, and carries 4 passengers and a pilot.  It doesn’t require an airport and can land essentially anywhere.  The aircraft has a top speed of 186 mph and so will be able to fly the 186-mile trip to Miami in 60 minutes on a single charge.  Certification with the FAA and Florida Department of Transportation is underway.  The company is developing an Uber-like app that passengers can use to order a trip for a price that it says will be comparable to a first-class airline ticket when it premiers. 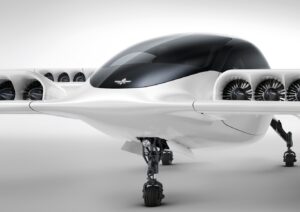 As we’ve reported here, some Florida housing developers are keeping this innovation in mind when they design buildings.  Our May 2019 newsletter story Flying Cars Welcome at Miami Condo is such an example.  That building, the 60-story Paramount Miami Worldcenter luxury condo tower, is now open and ready to modify its top pool deck when flying cars become available.

All of this is certainly exciting news of the future as Florida continues its pursuit to become a technological leader in the 21st century.