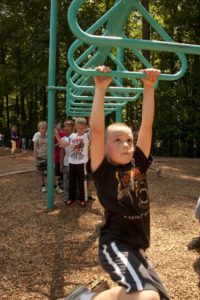 Of course, population growth by itself, is not a true measure of a state’s success.  Our people need to be healthy and productive workforce members.  Toward that end, the state Board of Education last week issued a mandate that all Florida students receive at least five hours of mental health instruction in grades 6-12.  It follows the horrific Parkland school shooting last year in which a student with a history of disturbing behavior killed 17 students and staff and wounded 17 others.  It’s hoped the effort will reduce the risk of future similar acts, while reducing stigma and giving children the tools necessary to succeed in school and life.

The student instruction must include awareness of the signs and symptoms of mental disorders, the process for getting help for themselves or others, available resources, and what to do or say to peers struggling with mental health issues.  In May, First Lady Casey DeSantis announced Hope for Healing, a new multi-agency mental health and substance abuse campaign, with private sector support.  She said at the time that 50% of all mental illness cases begin by age 14.

“This is just the beginning. It’s no secret that mental illness robs students of the ability to reach their full potential, and we are joining forces to combat this disease and give our students the tools they need to thrive,” said Florida Education Commissioner Richard Corcoran in a statement.  “We are going to reinvent school-based mental health awareness in Florida, and we will be the number one state in the nation in terms of mental health outreach and school safety – all because of the Governor’s and First Lady’s remarkable vision.”

In the aftermath of the Parkland school shooting, the Florida Legislature passed two laws, requiring all 67 school districts increase their campus security measures.  Last week, a statewide grand jury charged with monitoring compliance with the new laws issued its first interim report.   The report stated “numerous” districts weren’t complying, without listing the districts or the specific shortcomings.  It noted there has been conflict between districts and law enforcement agencies over who is responsible for carrying out the rules mandated in 2018’s SB 7026 and 2019’s SB 7030, collectively known as “The Marjorie Stoneman Douglas High School Public Safety Act.”

The report notes districts voiced concerned about the cost to implement the rules, a shortage of qualified employees to carry out some of the requirements and unspecified administrative hurdles, but the grand jury says those arguments are “unpersuasive.”  Most Florida public schools begin their fall session in two weeks.