Plus, a Surfside condo settlement 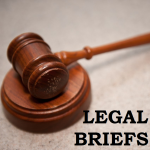 Florida’s appellate courts have again sided with insurance companies on whether claim settlement proposals need to include specific offers of attorney fees; and on another question of ambiguity about whether the appraisal process applies to emergency mitigation work.  Plus, there’s been a major settlement in the families’ lawsuit in the Surfside condo collapse.  It’s all in this week’s Legal Briefs.

Claim Settlement Proposals: In Tower Hill Signature Insurance Co. vs. Alex Kusch, Florida’s Fourth District Court of Appeal recently ruled that a settlement offer by Tower Hill was not ambiguous just because it didn’t spell out specific attorney fees. The company had been sued over a claim and made a settlement offer to the policyholder which was rejected.  The trial court found in favor of Tower Hill on the claim, but ruled the offer was ambiguously worded about attorney fees.

The 4th DCA in its review noted that the company’s settlement proposal made clear, when read as a whole, that it resolves any and all damages, but that it was exclusive of attorney fees and stipulated such reasonable fees due would be left up to a court to decide.  The 4th DCA’s opinion noted that “both the homeowner and the trial court were ‘nit-picking’ the insurer’s proposal,” and ordered the Broward County Circuit Court Judge Michael Robinson to reconsider the amount of fees and costs owed to Tower Hill’s lawyers.

Mitigation Covered by Appraisal: In Kole Rhodes and Meghan Rhodes vs. Citizens Property Insurance Corporation, Florida’s First District Court of Appeal recently ruled that a Citizens policy was not ambiguous and that its appraisal process applies to emergency mitigation work.  Citizens had been sued for breach of contract by First Call 24/7, which had an Assignment of Benefits (AOB) contract with the homeowners for emergency mitigation services after Hurricane Michael.  When Citizens got the bill for $40,253, it paid $8,196 and invoked the appraisal process to resolve the difference.  First Call refused to participate, asserting that you can’t appraise an emergency service.

The 1st DCA in its review upheld the circuit court decision and stated the case lacked merit.  It noted that the policy states that Citizens would pay for “reasonable and necessary costs … not just any costs,” and that the appraisal process is the method to determine just that.  The opinion notes its alignment with similar conclusions reached by Florida’s Third and Fourth DCAs. 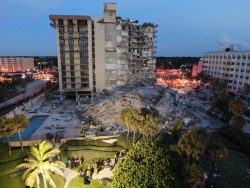 Surfside Condo Settlement: The Miami Herald reports that a settlement has been reached between the insurance companies representing two major defendants and the family members and survivors of the Champlain Towers South condominium collapse last June.  The settlement, for an undisclosed sum, is on behalf of Morabito Consulting, the engineering company that was hired to repair structural problems in the 12-story tower, and Becker (formerly Becker and Poliakoff), the condo association’s longtime law firm.  Both were sued for negligence in the disaster that killed 98 people.