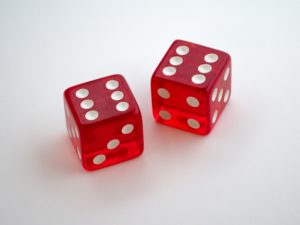 Photo by Brett Jordan on Unsplash

There are few American sporting events with the history and popularity of the Kentucky Derby. Its rich traditions surpass the Derby as simply a sporting contest; it has become a celebration of southern culture. Dating back to 1875, the derby was founded by Meriwether Lewis Clark, grandson of William Clark – of the renowned duo Lewis and Clark.

The Louisville Jockey Club and Clark would host the first Kentucky Derby on May 17th, 1875. A total of fifteen three-year-old Purebred horses sprinted one and a half miles in front of a cheering crowd of almost 10,000 onlookers. Aristides was the first champion of the Kentucky Derby. Aristides, however, did not have to worry as much about disqualification back then.

This past Saturday’s 145th running of the derby saw a historic disqualification of its initial winner, Maximum Security, who would cede the title to Country House not too long after crossing the finish line. Needless to say, Hearts and wallets, alike, were broken. But as with all sporting events, the crowd loves a good twist, and the occasional reminder that once you’re at the top the fall can be a long way down. The flip side, however, speaks more candidly of the chance to witness the improbable become reality. Country House, a 65-1 improbable victor rose to the top. The disqualification was not a popular decision, but it was a bold one that is certain to keep an old sport in the national consciousness for a little bit longer. Never before had a foul voided an apparent win at the Derby.

So if you didn’t take away a heap of cash from failed bets this past weekend, remember this: that nothing is guaranteed, sometimes the fine line between glory and disgrace is actually finer than it should be, and that sometimes, it may be best to leave your fate (and the fate of your bets) to the judgement of the Racing Gods.

Have a good week,