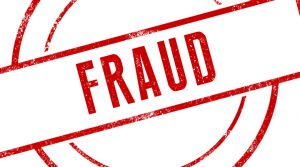 A year-long joint insurance fraud investigation among state and local authorities resulted in the arrest last week of nine individuals and business owners identified as ring leaders in a South Florida-based public adjusting racket that stole more than $600,000 from insurance companies by filing bogus insurance claims.  The racket operated from Miami to Tampa and involved dozens of homeowners who were in on the fraud.

“Operation Rubicon,” named for The Rubicon Group, a public adjusting company in Miami that investigators say headed the racket, so far has netted nine arrests but with dozens of other arrests forthcoming.  Among the nine were Barbara Maria Gonzalez, Rubicon’s owner, charged with grand theft and organized fraud.

Rundle said in a statement that 26 homeowners had been identified as participating in the scheme and would be arrested in the coming days. She said all will face RICO charges and, if convicted, could face up to 30 years in prison.

“All involved homeowners and fraud organizers who feel this is an easy crime will face justice,” Rundle said.