Not only has the Florida Building Code not been fully effective in protecting homes in the Panhandle clobbered by last fall’s Hurricane Michael, now neither are mitigation efforts designed to fortify our homes and businesses, according to a new FEMA report.   A team of building experts has conducted an assessment of 350 structures affected by Michael’s upwards of 160 mph winds.  They paint a dismal result.

In the last newsletter, we reported that the Florida Building Code in the Panhandle wasn’t tough enough to withstand the Category 5 winds of Hurricane Michael.  Not even in some newer structures, although they did fair better than those built before the 2002 code was enacted.  FEMA’s Mitigation Assessment Team (MAT) is developing conclusions and recommendations to improve resilience of buildings and their utility systems here in Florida.  In the meantime, the team has published two hurricane recovery advisories to assist in rebuilding in storm-damaged communities and elsewhere in the state. 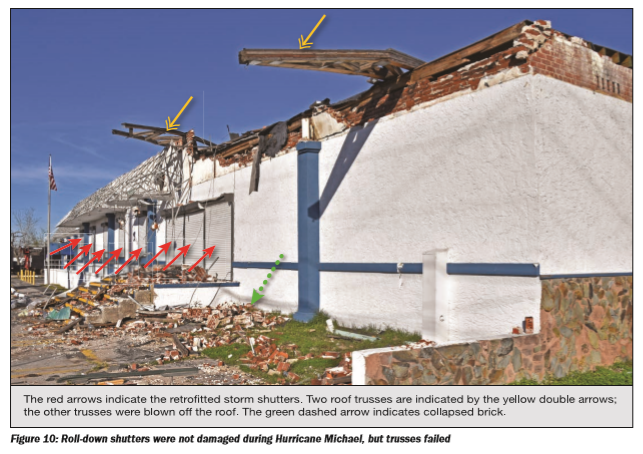 FEMA warns in these cases, the whole retrofit project may be ineffective because the building did not achieve the target performance level intended by the retrofit.  The reports says people were injured in Michael as a result of ineffective mitigation.  Bay County government has to tear down several buildings as a result (including a City Hall and Police Station building – shown in Figures 10-12 – as well as a Fire Station and a Community Hall) which will take years to rebuild.  The report contains pictures detailing the damage & vulnerabilities. 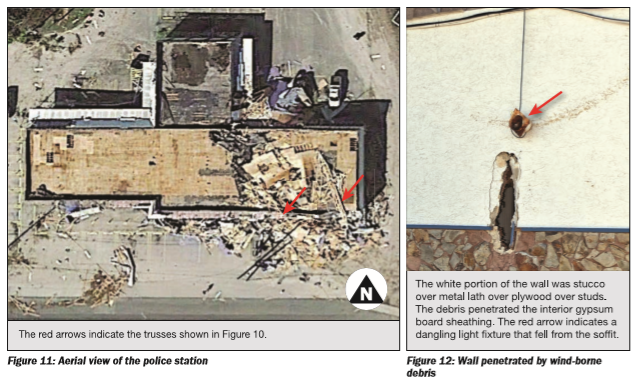 FEMA’s other advisory, Best Practices for Minimizing Wind and Water Infiltration Damage got into more details on materials and methods.  It found that widespread wind damage to envelope components (roof coverings, wall coverings, roof ventilation components, and windows and doors) resulted in extensive and costly water intrusion damage from Michael’s wind-driven rain.  It has some recommendations on building materials to use to provide extra layers of protection.

Together, these are two rather startling reports and worthy of a thorough review by all stakeholders.