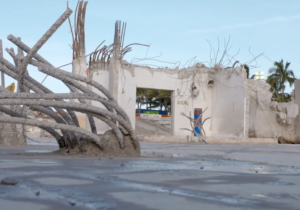 A Miami-Dade County government multi-agency panel looking at potential changes to the county’s building and inspection codes held its first meeting last week.  It was an opportunity to review ideas gathered in the previous nine weeks since the June 24 partial collapse of the Champlain Towers South condominium high-rise that killed 98 people.

Among the proposed changes and reforms: move up building recertifications for occupancy from every 40 years to every 30 years.  Currently, multi-family properties of greater than 10 occupants are subject to the recertification process pursuant to Section 8-11(f) of the Code of Miami-Dade County at 40 years and every 10-year interval thereafter for the life of the structure.  For those properties that require certification, the property owner receives notice to commence the process because their structures have just become subject to recertification. The Code provides 90 days for the submittal of the required report.

Last week’s panel heard proposals that would move the county’s notification of a required recertification report to two-years before it’s due, require structural engineers submit the report for buildings four stories or higher, and require that a building obtain a safety certification from an engineer before any extension of a recertification deadline.  The county commission has a separate committee that will formally propose any reforms.

The 12-story Champlain Towers South building in Surfside had just started repairs based on an engineer’s report two years ago that noted “major structural damage.”  Since its collapse, teams of city and Miami-Dade County workers have been checking inspection records of other condo buildings on the beach and inland with engineers performing inspections where necessary.  At least five other high-rise buildings in Miami-Dade County have since been partially or fully evacuated for being deemed unsafe.

The National Institute of Standards and Technology, which is investigating the cause of the condo tower collapse, told the panel that it just finished its onsite collection of evidence and that it will be at least two years before its investigation is complete, including public hearings along the way.  The Miami-Herald shared this video from the National Institute of Standards and Technology showing its field investigation and the remaining foundation and pillars of the fallen tower.

Surfside Mayor Charles Burkett, who is part of the panel, along with the Miami-Dade Commission Chairman and Mayor Daniella Levine Cava, expressed concern that not knowing the cause of the collapse for years will make crafting a targeted solution more difficult.  He has also discussed an every 30 year recertification and requiring sign-off by both a structural engineer and a geotechnical engineer checking the foundation and subsurface soils.  The Florida Legislature this fall is expected to consider bills to develop statewide building inspection rules and related issues. Only Miami-Dade and Broward Counties currently require high-rise recertifications.

The county has created a webpage where the general public can search online for recertification cases that are within the Department of Regulatory and Economic Resources’ jurisdiction.