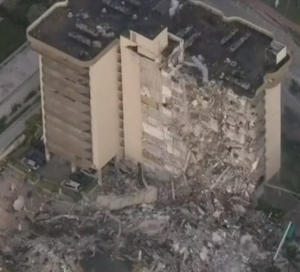 Two new reports are out suggesting specific changes to how Florida’s high-rise buildings should be inspected and managed decades after they’re built.  The reports are based on studies and discussions in the aftermath of the Champlain Towers South condominium collapse in June that killed 98 people in Surfside, Florida.

The Florida Engineering Society and the American Council of Engineering Companies of Florida issued a joint report last Thursday, the culmination of more than a dozen meetings over the past four months by a coalition of architectural and building experts.  The report recommends the state establish statewide mandatory “Minimum Structural Inspections” for all existing buildings that exceed 10 occupants and are larger than 2,000 square feet.  One- and two-family homes that are three stories or smaller would be exempt.  The first structural recertification would be done 30 years after first occupancy, with re-inspections every 10 years afterward.  But for buildings closer to corrosive saltwater environments, such as Champlain Towers, the first inspection should be done 20 years after occupancy, with re-inspections required every 7 years afterward.  The report has been sent to the Governor and Legislature and has further details about the types of inspections, building sign off, and costs of inspections and repairs.

Earlier in the month, the Florida Bar issued its report of recommendations to the Governor and Legislature, focusing on not only laws, but the practical human involvement in running condominium associations.  Its Condominium Law and Policy Life Safety Advisory Task Force Report concluded that “the lack of uniform maintenance standards or protocols, and the unguided discretion given to boards of directors to determine when, how, and if life safety inspections should be performed, requires legislative intervention. 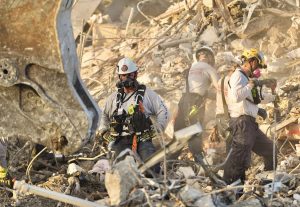 The report’s recommendations include:

According to Florida Realtors®, our state has more than 900,000 condominiums that are at least 30 years old, and proposed changes in either of the two reports could impact about two million residents.

Only Miami-Dade and Broward Counties currently require re-inspections of high-rise buildings.  A Broward County task force in September issued a series of proposals, as reported by the Sun Sentinel, that include condominium building inspections every 30 years (instead of the current 40 years in Broward and Miami-Dade Counties) with re-inspections every 10 years afterward (no change).  They also want to make it tougher for condo associations to waive current rules on funding maintenance reserve accounts, something we discussed on a recent Florida Insurance Roundup podcast.  A similar panel in Miami-Dade County is looking at potential changes to that county’s building and inspection codes, and likewise is expected to make recommendations to the legislature, as is Palm Beach County.