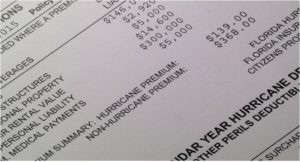 2021 is looking like it will be a banner year for property insurance litigation in Florida, with midyear figures of new lawsuits up 51% over the first six months of last year.  Those involving Assignment of Benefits (AOB) grew even more – up 85% over the same period in 2020.

If the trend continues for the remaining six months of this year, we will see 112,866 lawsuits filed in 2021 versus the 85,007 filed in 2020, an increase of nearly one-third (32.8%).  CaseGlide, which tracks insurance litigation, noted recently that June was the second month this year where new property and casualty lawsuits numbered around 6,400.  “New litigated claim numbers are continuing to climb to significant levels,” CEO Wesley Todd told the Insurance Journal.  “We haven’t experienced that level of volume since we began following the data in 2015.”

The chart below, provided by Citizens Property Insurance, shows the growth in property insurance lawsuits among all carriers over the past 8 years.  Lawsuits grew from 27,416 in 2013 to 85,007 in 2020.  And while the 2019 AOB Reform passed by the Florida Legislature helped re-set AOB litigation to a lower level, the chart clearly shows AOBs are alive and well – and growing once again.  So far this year, one in four lawsuits (25.6%) were from an AOB. 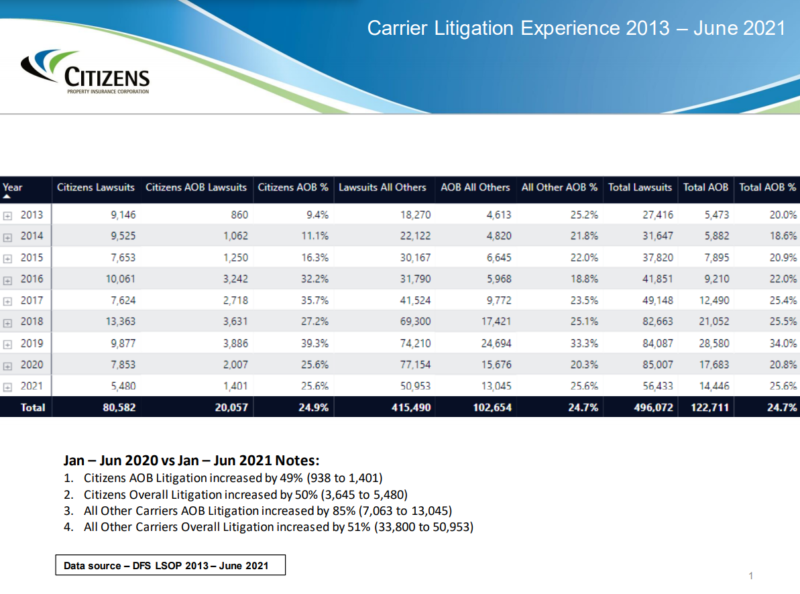 Citizens, Florida’s insurer of last resort, had seen its lawsuit count dropping in the last two quarters of 2020 compared to other companies (the “Lawsuits All Other” column) that had been increasing.  As Citizens President & CEO Barry Gilway noted last month during its Board of Governors meeting, “there is a disturbing trend for both Citizens and the industry overall in the first half of this year versus the first half of last year.  Some of it is COVID related but it’s clear that there is an acceleration in suits overall, likely fueled by SB 76, with attorneys trying to get suits in under the old legislation.”

This next chart relates the increased litigation to the timing of storm events and other significant legislative and court decisions over the past eight years.  These include Hurricane Irma in September of 2017, along with the Joyce Decision the next month, in which a trial court applied a contingency fee multiplier of 2 to plaintiff attorney fees, establishing a costly precedent.  Also shown is the huge run-up of litigation last year leading up to the three-year deadline for filing claims from Hurricane Irma. 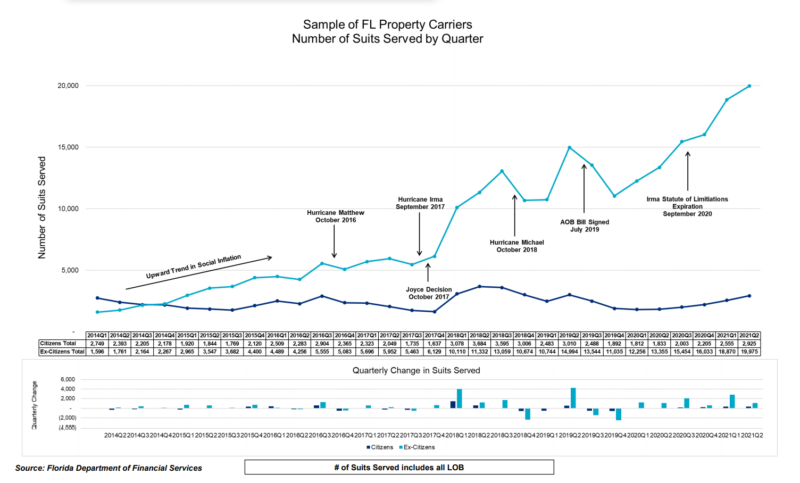 To learn more and access resources related to the 2019 AOB Reform and 2021 Litigation & Solicitation Reform from SB 76, visit our updated LMA webpage.