More insurance companies are restricting their policywriting in Florida following reinsurance rate hikes as high as 50%, coupled with a 12% increase in the Florida Cat Fund premium.  Meanwhile, ratings agency Demotech is still reviewing the rest of the Florida domestic carriers on its list for ongoing financial stability.  It’s all in this week’s property insurance news. 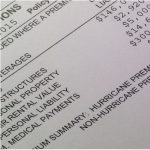 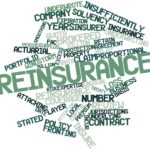 Reinsurance Hikes:  Gallagher Re reports that Florida property reinsurance rates rose by as much as 50% at the July 1 renewals, especially at the lower layers of coverage.  Mid-layer and higher layer coverage have seen reported increases in the 10%-35% range.  But it’s not just the higher costs facing our struggling insurance companies – there’s an availability issue, too.  S&P Global reports that Munich Re and Swiss Re have reduced their Florida footprint by 50% to 80% and that just 2.5% of RenRe’s gross written premiums are in the Florida homeowners market this year.  Like the insurance companies, the reinsurers have suffered the impacts of Florida’s excessive litigation environment and are increasingly risk-averse.

Demotech Ratings: Demotech, the ratings agency for Florida’s domestic insurance companies, is taking note of all of this as it works to finish issuing updated Financial Stability Ratings (FSRs) for the rest of the carriers on its list, according to a release.  It has a lot to consider, given late reinsurance buys this season and the legislature’s recent May special session on property insurance.  Ratings withdrawals usually lead to insurance company insolvencies by state regulators.  Seven companies have become insolvent since 2019 – six in just the past 13 months.

Speaking of Regulators: The Florida Office of Insurance Regulation (OIR) has issued a final rule notice to implement the Property Claims Litigation Data Call required by the 2021 reforms under SB 76.  We last reported in late March that the Governor & Cabinet approved this rule pending any final workshop or hearing.  The OIR website lists the same reporting form template we linked to in the March newsletter.  The website allows for further feedback and any request for a formal hearing.