Millions of $ at stake 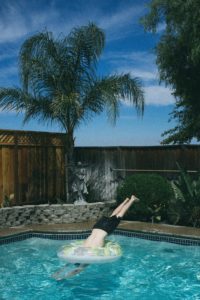 Photo by Kyle Glenn on Unsplash

The Florida Supreme Court last week, by declining to hear a case, may have essentially settled several lawsuits that are part of an ongoing two-year battle between some Florida counties and online short-term vacation rental platforms.  The issue: who is responsible for collecting and remitting local sales and bed taxes on these rentals, the online platforms or the property owners themselves?  The answer: the property owners.

Palm Beach County Tax Collector Anne Gannon had hoped the Supreme Court would hear her appeal of a Fourth District Court of Appeal ruling that affirmed a 15th Circuit Court decision in West Palm Beach.  Gannon and some other tax collectors have argued that online platforms such as Airbnb, TripAdvisor, and Vrbo are dealers under state law and thus required to remit taxes.  But the 4th DCA in Gannon’s case determined otherwise, writing in the majority 2-1 opinion that “the companies are simply conduits and do not have any possessory interests in the properties, the companies are not ‘dealers’ as contemplated under the (county) ordinance and the (state) statutes.”

This is a big deal, as it involves big money: short-term vacation rentals in Florida are an estimated $31 billion industry.  Back in 2015, Airbnb collaborated with the Florida Department of Revenue on a historic agreement allowing the company to collect and remit the 6% state sales tax on behalf of all of its rental hosts in the state.  Other online platforms followed.  Many have also had voluntary partnerships with more than half of Florida’s counties that allow the platforms to collect and remit local sales and bed taxes, formally known as tourist-development taxes.  Hotels, by comparison, have always been required to collect and remit all such taxes.  The difference, according to the courts – hotels own the property.  Gannon and other tax collectors complain it’s been difficult monitoring and collecting lawfully-owed taxes from vacation rental homeowners.

The Florida Legislature has been hesitant to pass any law requiring online platforms to collect and remit sales and other taxes.  It’s likely this latest court action will spur a renewed effort for the legislature to do just that.