Four issues to be addressed 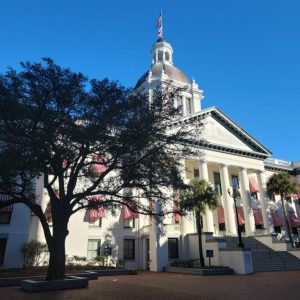 The special session of the Florida Legislature on property insurance is set to begin two weeks from today as behind the scenes efforts to reach consensus on specific remedies continue to evolve.  The Governor’s proclamation calls for the legislature to address property insurance, reinsurance, civil litigation, and changes to the Florida Building Code to improve the affordability and availability of insurance coverage.  The proclamation states upfront that “Florida’s general tort environment related to property insurance has led to thousands of frivolous lawsuits…and according to the Office of Insurance Regulation, Florida accounted for 79% of the nation’s homeowners insurance lawsuits while making up only 9% of the nation’s homeowners insurance claims.  Florida citizens are seeing the effects of this higher litigation in their rising premiums.”

That sums-up the situation well.  And the 79% and 9% figures are a 2021 data update from Insurance Commissioner David Altmaier’s original letter to the Commerce Committee of 2019 data showing 76% and 8% respectively.  So the problem is getting quantifiably worse – no ifs, ands, or buts.

While the Governor hasn’t offered a specific proposal, bills for consideration in the special session are expected to address four issues: litigation, roofing solicitation and claims, Citizens Property Insurance reform, and Cat Fund reform.  They would build on 2019 Assignment of Benefits (AOB) reform and 2021 Litigation and Solicitation reform passed by the legislature and signed into law by the Governor.  However, a section of the 2021 law on roofing solicitation never took effect because a federal judge enjoined it from enforcement last summer on free-speech grounds.  Efforts by the legislature during this year’s regular session to clarify that section and mandate a 2% roof deductible for roof replacement claims (excepting total losses and hurricane damage) passed the Senate but weren’t taken up in the House.

So those are certainly starting points in this upcoming special session, as is a previous effort by Senator Jeff Brandes to reform the Florida Hurricane Catastrophe Fund.  It would cut the Cat Fund’s retention point nearly in half (from $8.5 billion to $4 billion) allowing insurance companies to tap into the Fund’s reinsurance sooner, which is also about one-third the cost of reinsurance on the private market.  That, together with a proposal to suspend the Fund’s Rapid Cash Buildup Factor, known as the “hurricane tax” on insurance companies that they in turn pass to their policyholders, would save homeowners an estimated $150 annually on their premiums. These ideas have run into opposition in the past but price increases will make private market reinsurance unaffordable for some companies in the upcoming renewal, per our last newsletter, and now the Cat Fund itself is proposing a 12% premium increase this season, per the Insurance Journal.  A research report by the Federal Association for Insurance Reform (FAIR) provides the data and argument that makes Cat Fund reform a no-brainer.

And to be clear, the pressure is on the Florida Legislature to act this time around.  The Florida market has had two straight years of net underwriting losses exceeding $1 billion each year. Demotech, in its March letter to the Governor and legislative leaders, warned that “conditions are unsustainable without necessary corrective action,” and warned of further ratings downgrades for companies if the legislature fails to act.