When the Citizens Property Insurance Corporation Board of Governors last met in December they had a novel idea.  Rather than spend another $250 million on reinsurance like it did in 2021 and get nothing for it given it was a light hurricane season for Florida, why not float a pre-event bond instead in 2022 and keep the money itself for that future stormy day that may or may not come?  The Board tasked the staff to run a comparison of costs – but the answer they’re getting likely isn’t to their liking.

Steve Evans, Editor-in-Chief of Artemis.bm and Reinsurance News reported in this article last week that the staff’s answer, in the form of a “white paper”, is calling on the Board to support a risk transfer program this year relying on traditional reinsurance and catastrophe bonds – and not a pre-event bond.

At that December meeting, the Board of Citizens, the state-backed insurer of last resort, was frustrated.  It has an exploding policy count (up 300,000 polices in the previous 24 months to 759,305 at last count), a legislatively-mandated rate hike cap (11% this year) that makes Citizens the cheapest insurance policy 97% of the time statewide, and exploding costs from that increasing policy count and excessive litigation.  The problem with that (setting aside the state-subsidized unfair competition with the private market argument) is that the more policies Citizens takes on, the greater the risk it faces exhausting its surplus and reserves should a major hurricane or series of lesser storms hit.  When that happens, the legislature mandates that not only do Citizens policyholders get special assessments, but so do every insurance consumer in Florida across almost every insurance line to help re-right Citizens. 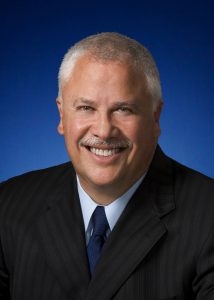 The math was simple to Citizens Chairman Carlos Beruff and several board members at the December meeting: Like it did in 2021, either pay 7-9% ($250 million) to get $2.7 billion in reinsurance or pay 2.75% for a pre-event bond of the same amount and keep the money in the Citizens’ bank account.  “You’re throwing away money when you buy reinsurance and the wind doesn’t blow,” commented one board member.  Yes, Citizens might have to use more of its surplus to pay claims this way, it was argued, but it would have saved a lot of money in the end.  And in a worst-case scenario, where assessments were needed, it would be Citizens policyholders first helping pay the true cost of their subsidized insurance.

The Artemis article quotes the staff’s white paper, saying “While pre-event bonds and reinsurance both improve Citizens’ liquidity position, they are not comparable from a capital structure perspective as they serve separate purposes within Citizens’ claims-paying structure.”

Reinsurance is “pure risk transfer in the event of a storm”, Citizens staff highlighted, while bonding if utilized for claims payment purposes either needs to be repaid, or replenished through additional post-event bond issues, according to the article.  It noted that “Reinsurance and catastrophe bonds do not need to be paid back if triggered, making them a viable contingent capital source.”

The Citizens Board of Governors is expected to discuss this at its next meeting on March 23.