The ratings discussion has been settled for now in Florida’s property insurance market and we also received some welcome clarification on what type and how many bad storms our carriers can financially weather as we enter into the heart of hurricane season.  Meanwhile, Citizens Property Insurance Corporation has officially become the largest insurance company in Florida.

Demotech, in its financial analysis, downgraded and pulled ratings on some companies, as we reported in the last newsletter.  The rest of the Florida domestic market of about 40 companies maintained their Financial Stability Rating of “A Exceptional.”  Paul Handerhan of the Federal Association for Insurance Reform recently reminded us in a very comprehensive article in the South Florida Sun-Sentinel exactly what that means this hurricane season: Florida companies will be able to pay all claims after an initial storm with a probability of happening once in 130 years and a second 1-in-50-year storm.  More than two storms and things get dicey. 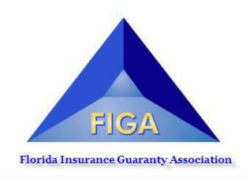 One of the companies that had its ratings pulled, Weston Property & Casualty Insurance, was ordered into receivership on August 8.  The Florida Insurance Guaranty Association (FIGA) Board met on Friday to discuss Weston and the other four Florida companies that have gone insolvent this year.  It approved a plan to borrow $150 million so it can continue to pay outstanding claims from the Southern Fidelity Insurance insolvency in June.  The Board went the loan route rather than request an immediate emergency assessment on all carriers to avoid additional financial market stress.  FIGA will repay the loan by extending its 2021 assessment of 0.7% for another year on all polices in effect in 2023.  Carriers will collect the assessment from their policyholders and remit to FIGA next year.

FIGA has 12,948 open claims, with Southern Fidelity and St. John’s Insurance responsible for over 9,500 of them. “$600 million is going to flow through this organization this year,” said FIGA Executive Director Corey Neal.  “We realize this is the Florida policyholders’ money that we’re spending and we don’t take any of that lightly.”

All the disruption in the marketplace – with its insolvencies and other carriers restricting new business –   has made Citizens Property Insurance the number one writer of homeowners policies in Florida.  The state-backed insurer-of-last-resort has now topped the 1 million policy mark a few months earlier than expected, with 1,005,420 policies in force as of August 12.  More than 80% of those are personal residential multi-peril policies, with total exposure nearing $345 billion.  The last time Citizens topped a million policies was after the 8 hurricanes of 2004/2005.  This is not good news.  Should Citizens run out of money paying claims in future storms, it can levy assessments up to 45% on its policyholders, then up to 2% on policyholders of other carriers, and if needed can then assess almost every insurance policy in Florida up to 30%, including auto, marine, and renters policies.

Our market mess is also impacting other states.  Artemis reports that the Texas Windstorm Insurance Association and Louisiana Citizens are now taking in tens of thousands of policies from Florida-based companies that have gone insolvent or cancelled policies.