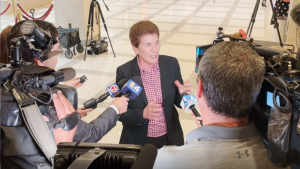 While the two bills signed into law from the Florida Legislature’s recent special session had many positives (read the final Special Session Bill Watch), more comprehensive measures were needed to address the root cause of our property insurance dilemma in Florida: excessive litigation.  The current excesses are driven by fraudulent roof claims.  I say “current” because you need to understand that this is an insidious game of whack-a-mole that is now going on its second decade, as explained by Florida Insurance Commissioner David Altmaier in this soundbite with reporters.  The commissioner rightly notes that the big increase in roof claims coincides with closing some Assignment of Benefits (AOB) loopholes in 2019 legislation, just as decreases in previous fraudulent practices involving sinkholes and mold magically disappeared upon corrective legislation.  Now just watch the cottage industry of specialized roofing scammers and trial lawyers as they make their move to escape the corrective whack-a-mole hammer of this past special session (see Roofers Sue Over New Reforms in this newsletter).

Only by such comprehensive reform (as we did with mold and sink holes to Commissioner Altmaier’s point) will we provide the disincentive for the unscrupulous contractors abetted by the cottage industry lawyers to stop.  Just as what happened when we used the hammer on mold and sinkhole claims – all that supposed damage just magically disappeared afterward.  Poof!

The inconvenient truth remains – Florida has 9% of all the homeowners insurance claims in the country, yet 79% of the homeowners insurance claims lawsuits, based on updated 2020 data from the National Association of Insurance Commissioners (NAIC).  The best the trial bar lobby could do this session (as they did in the 2021 session) is argue with the methodology Commissioner Altmaier used to cull the NAIC data.

What’s next?  We expect further litigation reform to begin with a new set of lawmakers, right after the November election.  Senator Jim Boyd (R-Bradenton) who chairs the Insurance and Banking Committee will hold workshops over the summer to provide more information and data that some lawmakers complained they didn’t have during the special session.  While there is raw data on the big increase in lawsuits in recent years (363% in the past nine years – see the updated chart below) there is not yet the closed claim and other granular data that will help lawmakers understand just how these lawsuits are affecting insurance companies and their customers.  OIR is still in rulemaking on a closed claim/litigation data call which requires companies report data starting in March 2023 and has released a draft data call spreadsheet to date.  Meanwhile, OIR has released Informational Memorandum OIR-22-02M on the new Reinsurance to Assist Policyholders (RAP) Program passed in the special session, as well as this year’s 2022 Catastrophe Reporting Form for hurricane season. 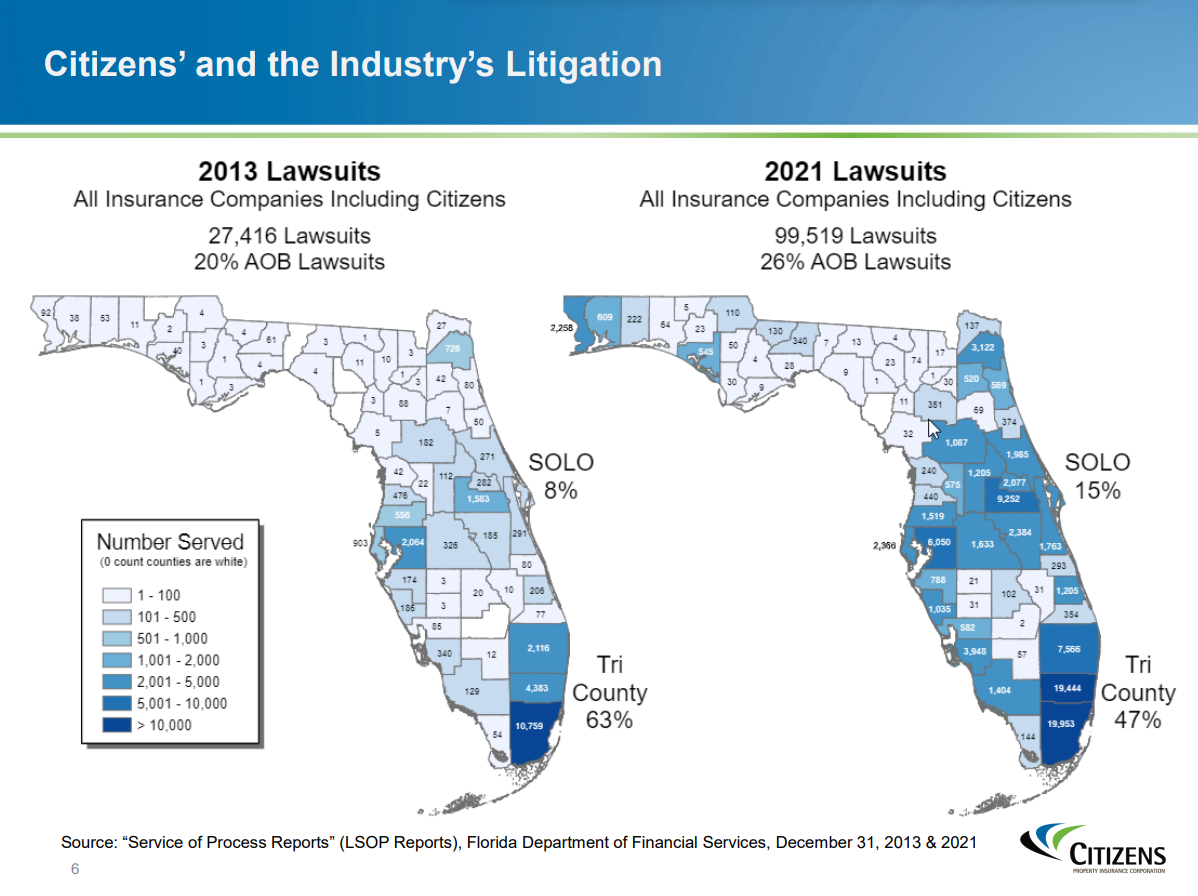 We also invite you to check out our new 2022 Litigation Reform & Consumer Protections webpage including the TV Coverage & Videos section halfway down the page.  You’ll find two more soundbites from Commissioner Altmaier from March 29 worth watching!